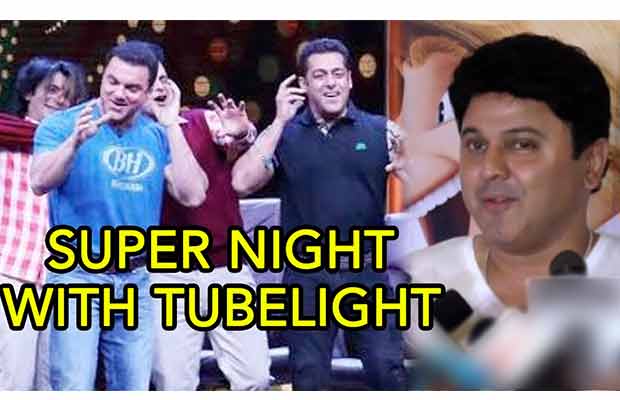 While comedian star Kapil Sharma is missing his teammates Sunil Grover, Ali Asgar Sugandha Mishra and Chandan Prabhakar on The Kapil Sharma Show, the comedians have found a new platform to showcase their talent. And guess who has joined them? Well, none other than Bollywood superstar Salman Khan and his brother Sohail Khan. As earlier we reported, Salman chose Sunil and Ali’s show over The Kapil Sharma Show to promote his Eid release, Tubelight. The comedians recently shot for the same in Mumbai with superstar Salman Khan.

Recently, during an event, Ali Asgar, who is a part of the show, was asked about the experience of shooting with Salman Khan and Sohail Khan for Tubelight special episode.

Watch the video to know what Ali Asgar has to say: