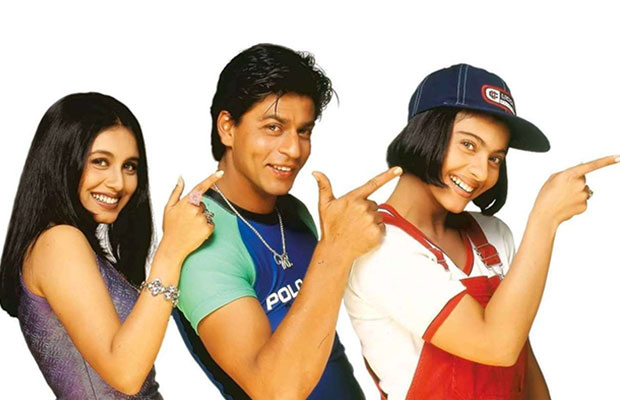 Karan Johar emerged as on of the promising directors with his 1998 super hit film, Kuch Kuch Hota Hai, that stars Shah Rukh Khan, Rani Mukerji and Kajol. The character Rahul (SRK), Anjali (Kajol), and Tina (Rani) have etched in our minds forever. The film has completed 18 years of its release today. #18YearsOfKuchKuchHotaHai is trending on the Twitter since night. The film taught us how wonderful love and friendship are. This film showed how one can really get friend zoned badly by the other friend they love.

Just like KJo called it a ‘silly’ film, we all somewhere think that it is a silly film! Yet, whenever it is aired we are glued to our television screens. The film has good peppy and romantic numbers. The little Anjali (Sana Saeed) is usually called the saviour and mediator who helped unite our Rahul and Anjali. Even Aman (Salman Khan) gave up on his love and helped Rahul and Anjali to be together. But, somewhere in giving too much of importance to these five characters, we really forgot some small characters in the film that played a vital role.

Here are a few small characters from KKHH that play an important role to take the story forward:

Tina had just written a letter to her daughter Anjali. But it was Mrs Khanna aka Rahul’s mother (Farida Jalal ) who helped her to visit the summer camp and meet Rahul’s bestie Anjali. Not only that, it was Mrs Khanna who told Anjali how men do not express their feelings and indirectly makes her realise that Rahul and she need to be together.

It is not easy to accept the truth of letting your son-in-law re-marry to some other female. But Principal Malhotra played by Anupam Chopra should be appreciated for being such a supported father-in-law and accepting Rahul and Anjali’s marriage.

CLICK NEXT TO SEE MORE IMPORTANT CHARACTERS FROM KKHH