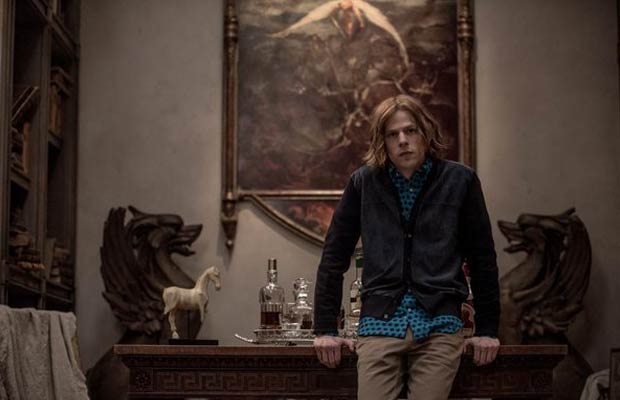 [tps_footer]Filmmaker Zack Synder’s one of the most anticipated film ‘Batman V Superman: Dawn of Justice’ released last Friday. With so much hype around it, the film left the fans divided. Some liked it, some hated it and critics bashed it. Still, the film managed to beat Marvel’s Age of Altron‘s box-office record. People loved the new Batman Ben Affleck and went on to call him the best Batman of all time.

It has just been four days since the release of the film when Warner Bros decided to release a deleted scene from the film. If you watched the movie, you’d know that Lex Luthor was given access to Kryptonian ship by the feds. He entered the goopy pool where he created the supervillain Doomsday. Also, at the end of the film, we see an imprisoned Lex crazily ranting about the dangers that are yet to hit the city. No one will ever find out what danger has been unleashed or what he’s talking about.

In the brief clip released, one can see the glimpse of the scene where Lex enters the Kryptonian ship and goes into the goopy pool. The clip presents him communicating with a demonic being. The creature disappears as soon as the SWAT team raid the ship and the clip ends there. Also, the creature may be holding Mother Boxes, objects of mysterious power.

Warner Bros did not reveal the identity of the creature but if you’re an avid comic books fan, you’d know that the supervillain is either Darkseid who happens to be Superman’s greatest villain or his lieutenant, Steppenwolf.

Here are the things you should know about Darkseid if you aren’t a comic book follower. Darkseid was created by legendary comic writer and artist Jack Kirby. He is the tyrannical ruler of the planet Apokolips and is hellbent on conquering the universe and eliminating free will.

So, the clip doesn’t reveal anything but whoever it is, it looks like the chaos and threat to humanity will continue in the future DC movies. We will get to see the entire thing on blue-ray DVDs.

Here is the deleted scene: