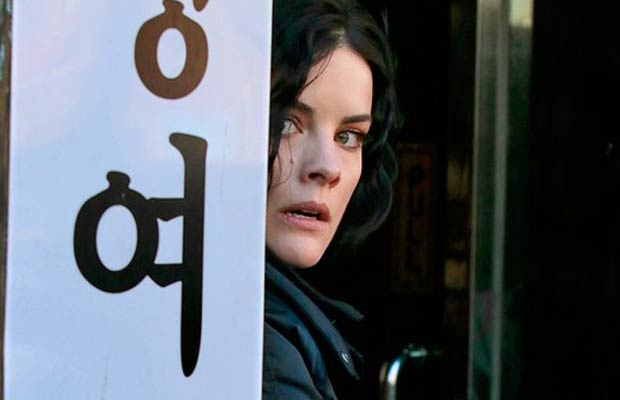 [tps_footer]‘Blindspot’ Season 1 already has left us with plenty of casualties including Patterson’s late ex-boyfriend David. David‘s death was one of the cruelest death of the season and he was caught in the middle of everything that has been going on with Jane.
CLICK HERE FOR ALL BOX OFFICE UPDATES
If you watched the last episode ( ep 16), you would remember that Patterson received a call from a restaurant. The call was a reminder that a table for two was booked by her boyfriend David.  After the call, Paterson was left clueless about David‘s surprise and eventually brought back all the memories of them spending time together until he was found dead. She, later, decides to go to the restaurant instead of wasting his surprise. In all of this, she starts imaging that David is on a date with her and they are solving Jane‘s tattoos. They start to solve the crossword puzzle until the waiter arrives with the dessert. Patterson suddenly finds a hidden clue in the puzzle.

As a matter of fact, the new love triangle is about to begin the show. Kurt Weller is going steady with his rekindled romance with his ex- Ali. Things are getting spicy between them. On the other hand, Oscar wants Jane to break-up Ali and Kurt. Jane doesn’t want to do it as he has finally found  a little happiness. To this, Oscar brings back the being engaged and in love card with Jane and they eventually hook up in the episode. As of late, it is still unclear whether Jane feels the same way for Oscar or she only slept with him to get some new information.

The question arises is what kind of clue David helped Patterson solve? Is Jane really into Oscar and over Kurt? Will she betray her team for her mission? Well will have to wait until next episode.[/tps_footer]