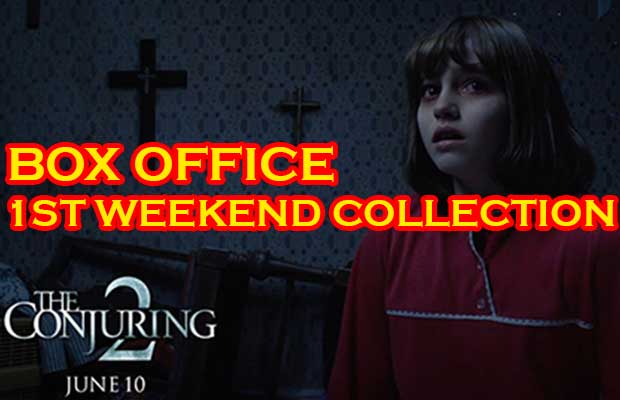 [tps_footer]The horror filled film ‘Conjuring 2′ has finally crossed its first weekend at the box office. The film is the second installment to ‘Conjuring’. The movie received mixed responses in terms of thrill levels. Directed by James Wan, the film is said to be a bit louder and creepier than its prequel. The performances have been termed as above average and the plot is not very extraordinary.

‘Conjuring 2’ created a massive recall value amongst the masses. The film was much awaited because of its previous success. With no other Hollywood film neck to neck in its competition, ‘Conjuring’ sequel made the cut. The film has earned an impressive amount of $40.4 million. The movie is on the top of the charts if compared to other Hollywood films.

The collection of ‘Conjuring 2′ is twice more than its competitor which is ‘Warcraft’. The horror film had an easy way to the massive collections because of its interesting genre. The film mostly targeted young adults. ‘Conjuring 2′ has not only done a credible business in the world market but has also made above average earnings in India.

The Hollywood film made the cut and raced ahead of ‘Te3n’. The collections of the film ‘Conjuring 2′ on the first day of its release in India were similar to ‘X Men’ which released recently. Positive word of mouth publicity from the viewers and critics helped the ‘Conjuring’ sequel to attract audiences at the screens.[/tps_footer]