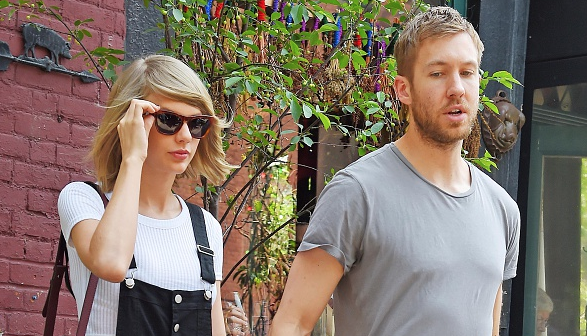 [tps_footer]When Calvin Harris and Taylor Swift broke up, they joined the ever growing list of celebrities who have broken up this year. We were certainly heart broken when they split up, but our sorrow seems to be nothing compared to that of Calvin’s. Apparently, weeks before they officially broke up, Calvin was suspicious about Taylor being up to something and turns out that his suspicions were true!

Earlier this week, Taylor broke the internet unintentionally when pictures of her making out with Tom Hiddleston surfaced. Sources close to Harris have said that even though they were dating, Calvin had suspected that something was amiss around May this year, almost a month before their breakup. At the time of the break up, Calvin was still very civil and tweeted that there was still a huge amount of love and respect between him and his ex. However, after the scandalous pictures surfaced, he deleted that heartfelt tweet.

We can’t help but wonder what exactly Swift is playing at here considering that 35 year old Tom Hiddleston is almost a decade older than her. Is this just a ploy to get back from a broken heart by making out with the nearest hottie? After all, Tom Hiddleston sure is a catch! Or is this a clandestine affair that has been going on for ages behind the back of her then boyfriend Calvin Harris? Since he was already suspicious of her involvement with someone else, we can’t help but think in that direction.

Well, in the end we hope that this doesn’t turn into fodder for Taylor’s next big album![/tps_footer]