[tps_footer]Hollywood music industry’s one of the most adorable couple Taylor Swift and Calvin Harris just reached a milestone in their relationship. The musical couple recently celebrated their one-year anniversary together.

It was just last year when Taylor’s close friend, British singer Ellie Goulding, introduced her to the Scottish DJ Calvin Harris at Elle Style Awards. At BillBoard Awards last year, Taylor and Calvin sparked the rumours of dating when he sat beside her and they were very cuddly. The rest is just the history.

The musical sensations celebrated one-year together with a sweet treat. A video posted on Calvin’s snapchat account showed that they marked the occasion with a cake. The cake had 1 Year and giant hearts icing on it. Calvin filmed the video while Taylor was gleefully enjoying the moment.

Not only this, Taylor also posted a picture of a locked with their official anniversary date engraved on it. She captioned the picture “3.6.15 One Year Down”. 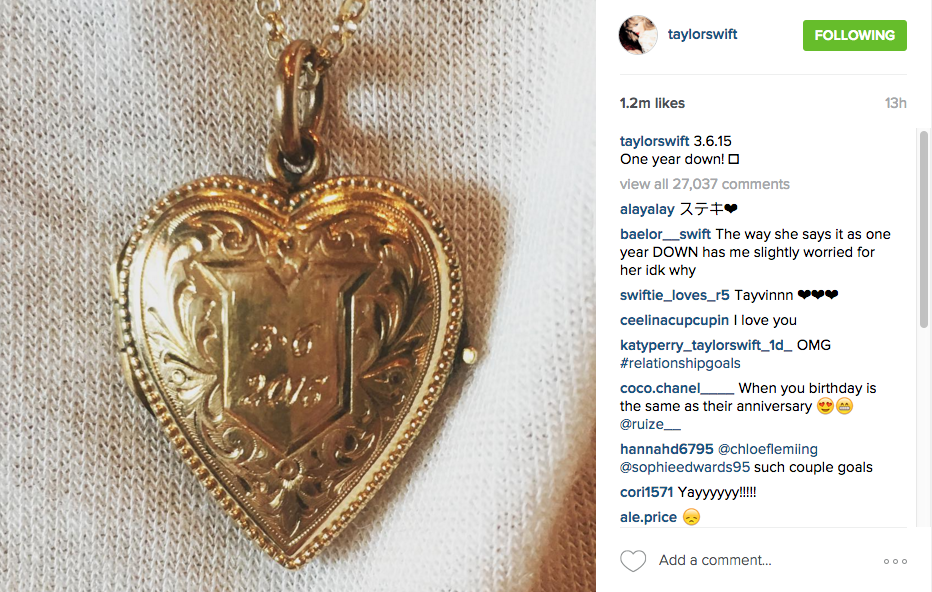 This is the longest relationship Taylor Swift has ever been in since she became a huge star in the music industry. Calvin and Taylor look very serious about each other and are always there to support each other. They are head over heels for each other and by the looks of the pictures and video, it seems like they had a quiet and peaceful anniversary!