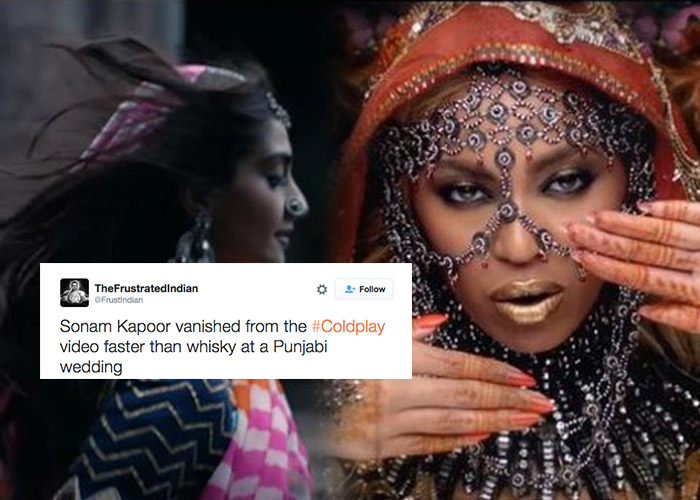 Coldplay’s song ‘Hymn For The Weekend’ shows Chris Martin roaming around the streets of India, playing Holi with the kids on streets, travelling in taxi and much more. Beyonce, on the other hand, portrays the character of a Bollywood performer. Did we mention Beyonce looks like a regal goddess in an Indian attire? And yes. We have our very Sonam Kapoor running across for merely 5 secs in the video.  The music is vibrant, colourful and the only close the party anthem we will get from Coldplay.

The Queen Beyonce looks ravishing in an Abu Jani and Sandeep Khosla creation – sporting a fair amount of bling and henna tattoos. Sonam Kapoor’s attire is more traditional and is a Mayyur Girotra ensemble. Her look is style by her sister Rhea Kapoor.

But, the music video is very stereotyped snake charmers, women in lehengas, people throwing colours when it is not even festival of colors. The twitteratis went berserk over the stereotypical portrayal of India and had a lot say about it. 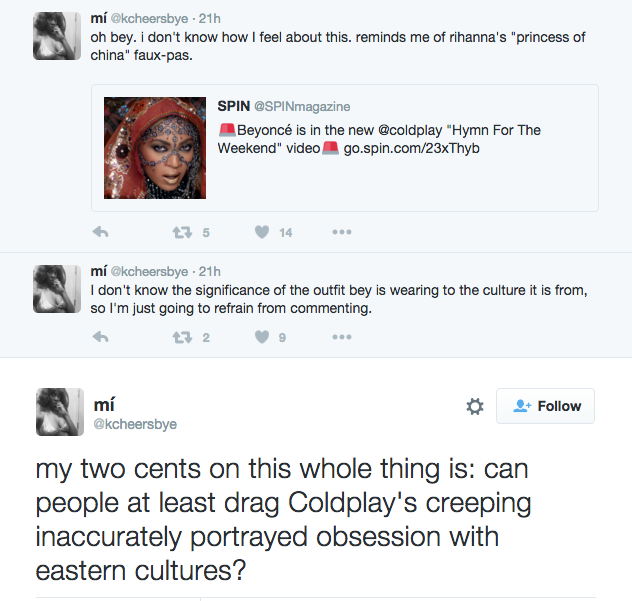