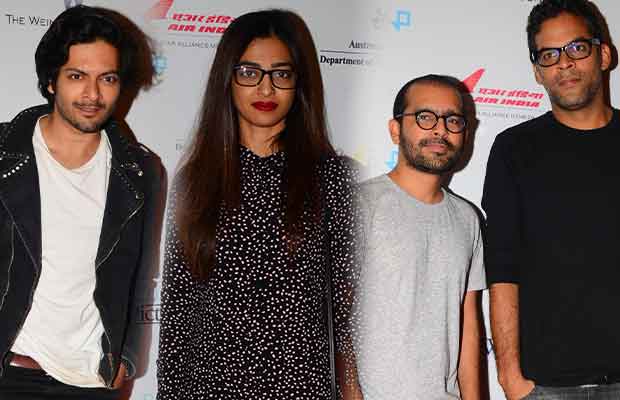 After having stormed the world with several accolades and currently in contention for 6 Oscar Nominations, LION directed by Garth Davis saw its India premiere in Mumbai last night! To make the occasion special was the presence of the director Garth Davis who addressed the audience and spoke much about the passion that went behind the story of Saroo Brierley, who too was present at the premiere.

Garth Davis said, “I hope India likes the film. It’s made with a lot of passion and heart. India has had a huge contribution in making this film and I couldn’t be more happier to be present here at the Indian premiere. Working on Lion has been a great journey“.

LION is film based in India and Australia based on the real life story of Saroo Brierley who penned his life story in a non fiction novel called A Long Way Home. The story is a poignant tale of a five year old boy who loses his way from home far away in Kolkata, later to be adopted by an Australian family. 25 years later Saroo finds himself on a quest using Google Earth to find his way back home.

The film is being distributed in India by Pictureworks and will release on 24th February, 2017.