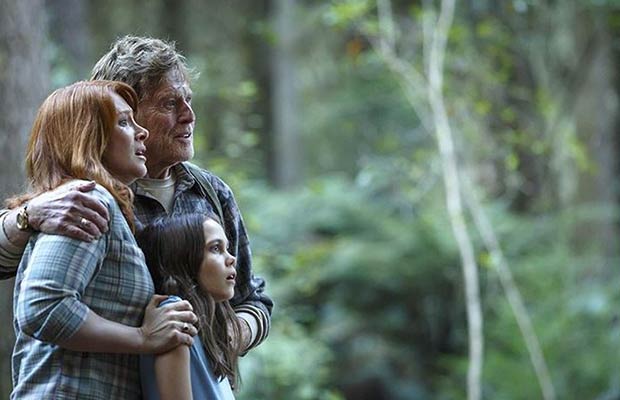 [tps_footer]Disney is all set to make everyone’s wishes come true by giving back to back remakes and reboots in 2016. First ‘Beauty and the Beast’ then ‘The Jungle Book’ and now ‘Pete’s Dragon’.

The first trailer of the remake of ‘Pete’s Dragon’ has made it way and it doesn’t give out much. The story is about a 6-year old orphaned boy named Pete who has been surviving in the jungle for the longest time. The trailer starts with the boy running in the woods. Then, pans out to an old wood carver who doesn’t believe in the tales of a fierce dragon residing in the jungle until his daughter mentions it. The wood carver’s daughter stumbles across Pete, who mentions that he has not been alone in the jungle. He lives with his best friend Elliot who happens to be a dragon. The wood carver’s daughter then sets to find out where Pete came from and whether he has family or not.

In the trailer, the dragon’s backside is shown only at the end where he saves Pete after the latter jumps off a cliff. Though the trailer looks similar to that of ‘The Jungle Book’, the only difference is that the central character of Pete’s Dragon is the dragon.

Pete is played by Oakes Fegley and is known for his role as Elias ‘Eli’ Thompson in the series ‘Boardwalk Empire’. The old wood carver is portrayed by Robert Redford and his daughter is played by Bryce Dallas Howard. Bryce gave a huge hit after starring in ‘Jurassic World’ last year.

You can view the trailer below.
[/tps_footer]