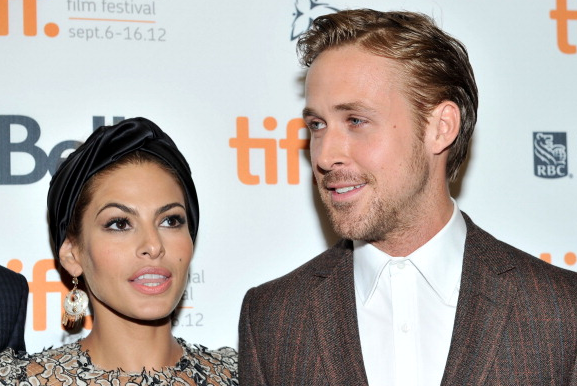 [tps_footer]Probably one of the most difficult secrets to keep is that about a new addition to the family. Not only are baby bumps dead give-aways, but the excitement of becoming a parents often trumps any need to be secretive. Well, when celebrity couples have children, there is a huge hue and cry and media attention circling the baby. Be it Hollywood or Bollywood, this hold us everywhere. Maybe that is why the newest parents on the block, Eva Mendes and Ryan Gosling kept their second pregnancy a secret.

It was just revealed that the couple was expecting a child together less than a month ago, but in what comes as a surprise to everyone – the baby is already here! Turns out that the ‘Ghost Rider’ actress is an excellent secret-keeper. The actors welcomed their second daughter, Amada Lee Gosling, at 8:03 a.m. on Friday, April 29 in Santa Monica, California. They also have an older daughter Esmeralda Amada who is 20 months old right now. The reason that both the children have the name ‘Amada’ in common is that Mendes’s grandmother’s name was Amada and it means ‘beloved’ in Spanish.

Even when Mendes was pregnant with their older child, they managed to keep the pregnancy a secret for several months. According to sources, the reason for the couple’s secrecy is that they are both really private individuals and they don’t want anybody beyond their family and close friends to be part of any private affairs.[/tps_footer]