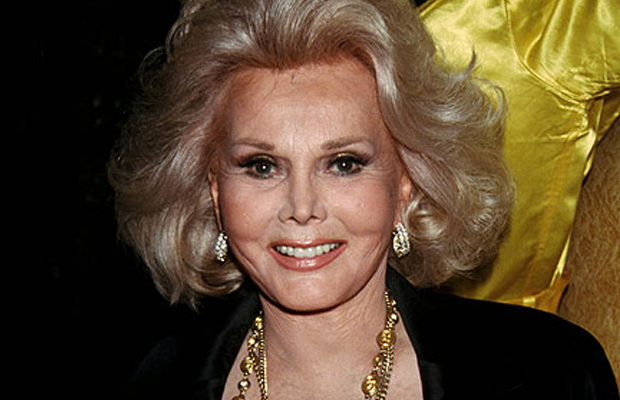 Zsa Zsa Gabor, the Hungarian-born Hollywood’s darling died at the age of 99. After suffering a heart attack on Sunday in Los Angeles, she passed away her longtime publicist Edward Lozzi said.

She had a long but moderately successful career in movies and television. Gabor appeared in more than 60 television movies and feature films, mostly American-made, although some were Italian, French, German and Australian. She was known for her love of diamonds and was frequently photographed shining in those sparkling gems.

Born Sári Gábor, her career which began with the title Miss Hungary in 1936 and singing in Richard Tauber‘s Austrian operetta “The Singing Dream” later that year, was still going strong in the 1990s, outlasting those of her sisters, Eva and Magda, celebrities in their own right. She was the last surviving Gabor sister.

Her first major Hollywood movie was 1952’s “Lovely to Look At.” For the next two decades, she captivated audiences in a number of films, including “Lili,” “Touch of Evil,” “Death of a Scoundrel” and “Boys’ Night Out.”

Married at least eight times, she was a voluptuous former beauty queen with a fondness for lame gowns that accentuated her hourglass curves in the film industry.

Her husbands included a Turkish diplomat, the hotel heir Conrad Hilton, the actor George Sanders, an industrialist, an oil magnate, a toy designer, a divorce lawyer and a man often referred to in the news media as the Duke of Saxony. Another marriage that nobody counted — a case of bigamy at sea with a has-been Mexican actor — lasted only a day and was annulled.

She was also often the butt of jokes for her thick Hungarian accent and especially for calling everyone she met darling or as she pronounce it, ‘dahlink’.

Zsa Zsa would have turned 100 in February.