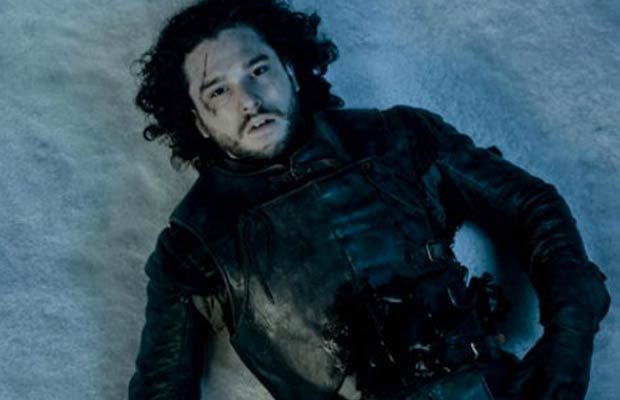 The most awaited Television series ‘Game of Thrones’ returned last week with the premiere of the season 6. The episode 2 ‘Home’ aired last night and it was all kinds of shocking. The episode marked the return of Bran Stark, we got to see more of Arya Stark and Sansa Stark, Ramsay Bolton did the unthinkable and Jon Snow’s ultimate fate was revealed.

Brace yourselves because we are going to break down the entire episode and you might want to read it carefully!

The episode marked the return of Bran Stark. Bran is still lying at te lair of the Three-Eyed Raven. Both are blank-eyed as they visit Winterfell. We see Bran seeing his father Ned Stark learning sword fighting with his brother Benjen as a child. Lyanna Stark also appears in this memory where she was seen riding a horse. This reminds Bran of Lyanna’s statue in the crypt and how the Stark family never talked about their aunt. Ned Stark and his brother want Benjen to train the stable boy, Willis. That’s young Hodor speaking properly. What happened to him? Three-Eyed Raven pulls Bran away from the memory before it becomes difficult for him to come out of it. He tells Hodor what he saw and wants to see Meera. He tells her everything only to get rejected by her. Hodor takes Bran inside. The Child of the Forest makes Meera realise that Bran really needs him even more now once they leave the cave.

If you were wondering where Jon Snow is, well he is still dead (for now). At Castle Black, Ser Alliser Thorne gave time to Ser Davos to make a decision on whether they want to do an agreement or fight against each other. Well, the time was up. After Thorne‘s orders, his men try to break the door when they get attacked by Wun Wun and the wildings. The gates of the Castle Black are torn down and Tormund kills a couple of men from the Nights’ Watch. Finally, Wun Wun gets shot by a man and his body is shredded. And the blame game begins- Thorne accuses Edd of being a traitor and vice versa. Tormund gets to know about Jon Snow and then goes to gather wood to build a pyre for Jon.

At the castle, it is Myrcella Lannister‘s funeral. When Robert Strong comes to take Cersei Lannister to the funeral, the guards don’t let her leave the Red Keep on the orders of the king. Tommen and Jaime Lannister are standing next to Myrcella’s body in Sept. where Tommen feels guilty for not standing up for his mother Cersei and wife Margery. When Tommen demands to see his wife, the High Sparrow declines his request. Jaime also threatens the High Sparrow that he doesn’t mind getting blood on his hands again in the Sept. In return, High Sparrow and his people come forward and threaten him instead. Later, Tommen finds his mother and apologizes to her about not being for her when she needed him the most. Cersei forgives him as he is the only living kid left in her family.

Tyrion Lannister, Grey worm, Lord Varys, and Missandei meet in the Great Pyramid. They are still unaware of the fact that Daenerys Targaryen has been captured by the Dothrakis. Also, the dragons have not been fed since Dany left. Tyrion is concerned that if they are not set free, they’ll just waste away. He asks Missandei if she was ever harmed by the Dragons and she replies never. Tyrion makes them understand that the dragons have a sense about who are their friends and enemies. He goes to the dungeon and sets Rhaegel and Viserion free. Lords Varys looks completely shocked whereas Tyrion cracks up the audience with his witty line- “Next time I have an idea like that, you should just punch me in the face.”

Roose and Ramsay Bolton find out that they lost Sansa Stark and Theon Greyjoy from Lord Karstark. He thinks she is heading to meet her brother Jon Snow at the wall. He decides to kill Jon. Well, your work is done, Ramsay. Later, Ramsay finds out that his step-mother Lady Walda has given birth to a baby boy. This deeply troubles Ramsay as he wanted to give the heir. He congratulates his father by hugging him just so he could stab him with a knife. He takes away Lady Walda and the new-born baby and let the hounds shred them until they tear the mother and baby apart. This man has no humanity left.

Sansa Stark, Theon Greyjoy, Brienne of Tarth and Pod take rest for some time before they head in search of Jon and Arya. Theon leaves Sansa in Brienne’s hands as he heads towards his home.

This is what everyone was waiting for. Melisandre is sitting beside a fire as Ser Davos arrives and asks her if she could resurrect Jon Snow with her magic. Melisandre, who has lost faith in her magic and herself, says it is impossible and that Lord of Light never spoke to him. After a lot of persuasion, she performs a ritual on Jon but fails. Tormund and other men start to leave Jon‘s side one by one. Ser Davos waits for a long time but leaves disappointed. Ghost is sleeping beside Jon‘s corpse. After Davos leaves, Ghost stirs a little and we see Jon being revived gasping for breath.

With Jon Snow‘s revival, fans faith in the show came back.  Next week promo shows Night Watch’s brothers find out about Jon and they think he is some kind of god.