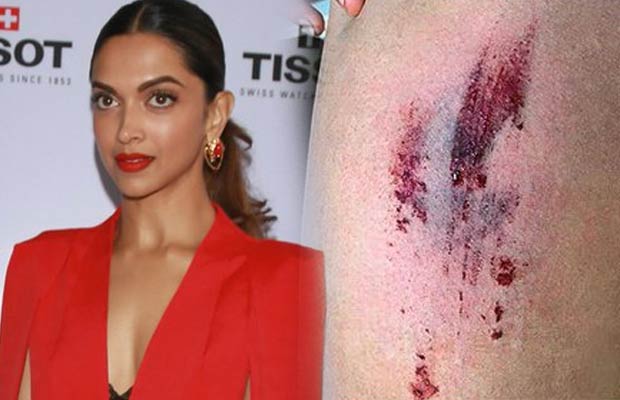 [tps_footer]Everything looks perfect in our Mastani Deepika Padukone’s life and career. She has made it to the list of most successful and loved actors of Bollywood. Deepika has begun her new innings in the West with her first Hollywood movie ‘xXx: The Return of Xander Cage’ starring Vin Diesel, Ruby Rose, Nina Dobrev and more. And, her personal life is reportedly full of love and happiness as she has her alleged boyfriend Ranveer Singh by her side to make her every moment happier. But, there is a reported bad incident that has happened on the sets of her upcoming Hollywood movie.

Fortunately, it’s not Deepika Padukone who has got hurt while performing stunts, but it’s her co-star Nina Dobrev who has injured her thigh. Nina showed her wounded thigh by uploading a pic on social media. It also proves that they are not using body doubles and they are performing their own stunts by themselves. At least, Nina has surely proved it. And, it’s really hurting to see that bleeding thigh but Nina got medical help and she is doing fine for now. Check out the pic along with her caption that shows what it takes to be an actor ? It’s not just about glamour and fan following.