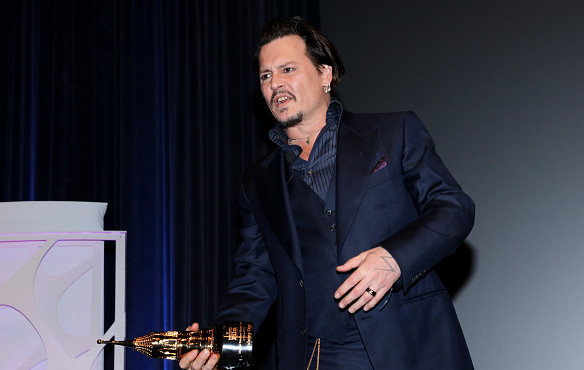 [tps_footer]Hollywood actor Johnny Depp is all geared up to star in Universal Pictures’ reboot ‘The Invisible Man’. The ‘Pirates of the Caribbean’ star has been roped in to play the title role in the film.

Universal first took a plunge into the character when they adapted H.G.Wells novel in 1993. The plot of the novel was a scientist who figures out a way to make himself invisible without realizing that he will go crazy as a result of the creation. British actor Claude Rains made his US debut with this movie by playing the character of Jack Griffin. The actor’s face was mostly covered in bandages throughout the film. The film was directed by James Whale, the immortal who also directed ionic films like ‘Frankenstein’ and ‘Bride of Frankenstein’.

The reboot of the new ‘The Invisible Man’ still does not yet have a writer, director, or timetable for production. Only the lead actor has been signed for the part. Johnny Depp is no new to hiding beneath risk taking, make-up and prosthetic filled characters. It will be interesting to see what Depp brings to the character and how the visual effects of the film is going to be.

Universal has signed two global stars-Johnny Depp and Tom Cruise– for their upcoming projects. Tom Cruise is all set to star in ‘The Mummy’ reboot which will be released on June 9, 2017.

On work front, Johnny Depp will be seen playing the character of Tarrant Hightopp, the Mad Hatter in ‘Alice Through the Looking Glass’. He is also working on the next Pirates installment titled ‘Pirates of the Caribbean: Dead Men Tell No Tales’ which is set to release in summer 2017.[/tps_footer]