[tps_footer]Bad news for all the Beliebers. Hollywood sensation Justin Bieber, who is currently on the world tour for his album ‘Purpose’, has cancelled the meet and greet with fans for the rest of the tour. It’s true. The 21-year old singer has decided that he won’t be having any meet and greet with the fans before the show.

Everyone who has been following Justin would know that he has always been a fan friendly celebrity. He hardly ever disappoints a fan who comes over to talk and take pictures. But, this time, the story is different. The ‘Sorry’ singer took to his social media accounts to announce that from now on there won’t be any meet and greets because they exhaust him. On his Instagram post, he a posted a picture with a little fan along with a lengthy description stating that all meet and greets leave him with mental and physical exhaustion which in turn depresses him. He believes that he has the responsibility to put up a great show which looks impossible with he is tired even before the show has started. That’s why he has decided to put his mental and physical health first!

This is what he said- “I enjoy meeting such incredible people but I end up feeling so drained and filled with so much of other people’s spiritual energy that I end up so drained and unhappy. Want to make people smile and happy but not at my expense and I always leave feeling mentally and emotionally exhausted to the point of depression,” Bieber wrote. “Never want to disappoint but I feel I would rather give you guys the show and my albums as promised.” 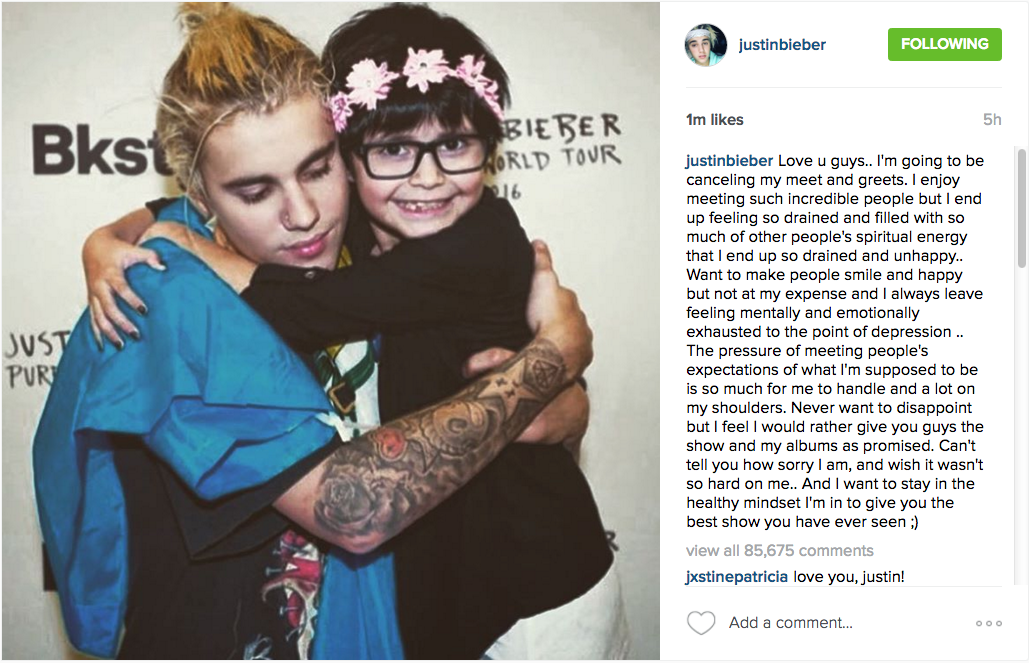 All the fans, who bought the tickets to meet him, seemed to understand his situation very well. Some were pissed about it but most of them have been supportive. #WeAreHereForYouJustin has been trending for hours and beliebers have nothing but love for him. 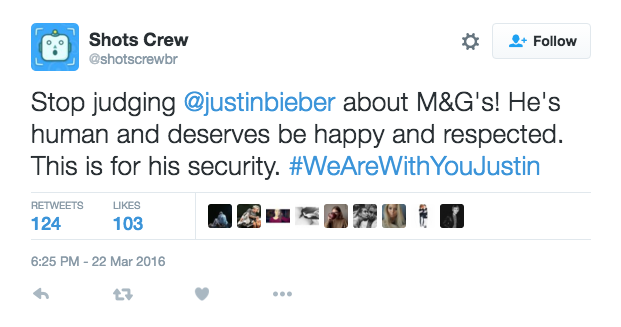 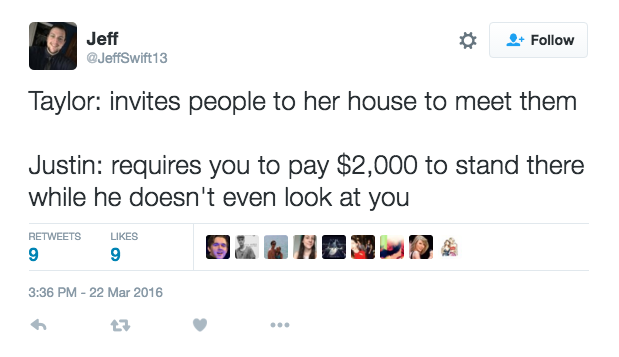 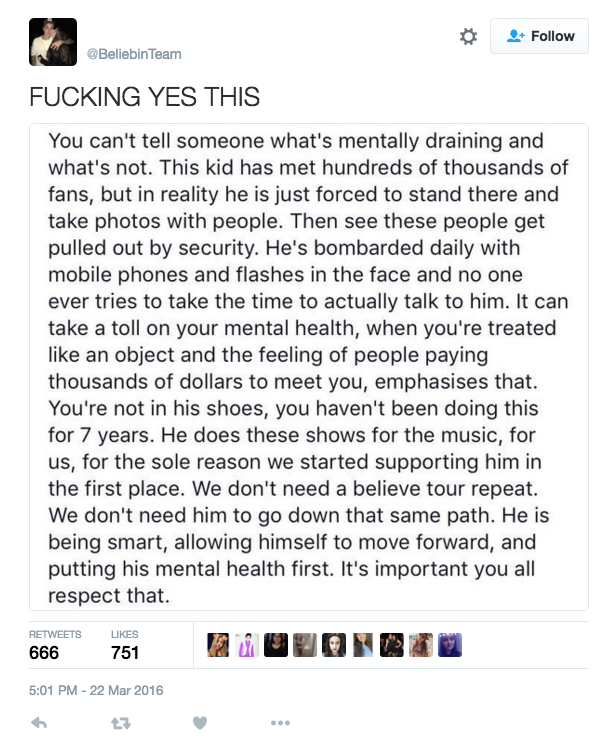 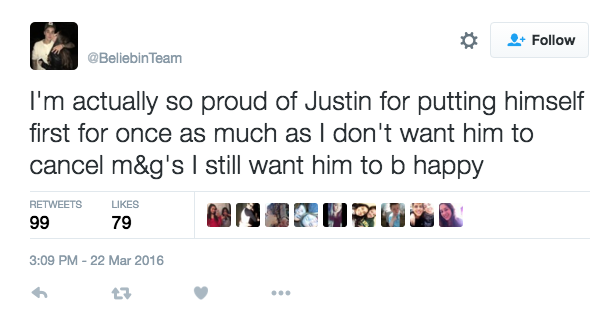 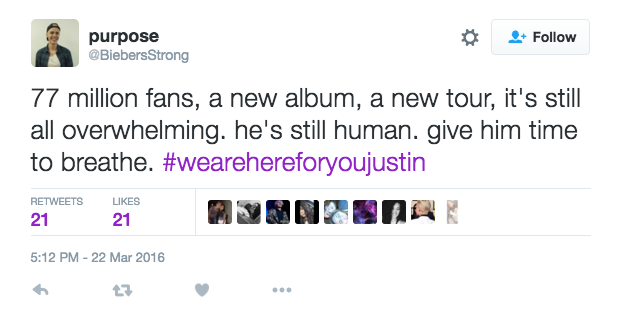