[tps_footer]Hollywood music producer Kanye West, who is less known for his music and more for his unhinged rants, has once again made it to the headlines for all wrong reasons. The musician has reignited his feud with Taylor Swift through his new song.

Kanye West dropped his new album ‘The Life of Pablo’ on Thursday February 11, 2016 during his Yeezy Season 3 event at Madison Square. He dropped a new song ‘Famous’ which is a duet with Rihanna and is clearly mocking Taylor Swift in it. The rapper dropped a line that revives the memories of his 2009 Video Music Awards where he had interrupted Taylor’s win by quoting that Beyonce deserved it more than her. The line goes “I feel like me and Taylor might still have s**. / Why? I made that bit** famous.”

Right after dropping the song, Kanye received backlash from all the fans, media and celebs as well. He, then, went on a twitter rant about his song and mentioned that he had received permission from Taylor Swift. He also mentioned that he had long conversation with Taylor, she found it funny and that it was her idea.

This didn’t sit well with Taylor’s brother Austin Swift. He instagrammed himself throwing away his Kanye West designed Yeezy sneakers into the garbage that clearly showed all his emotions about the song.

Other celebs took to twitter to show disappointment. Actress Ruby Rose stood up for Taylor and lashed out on Kanye. 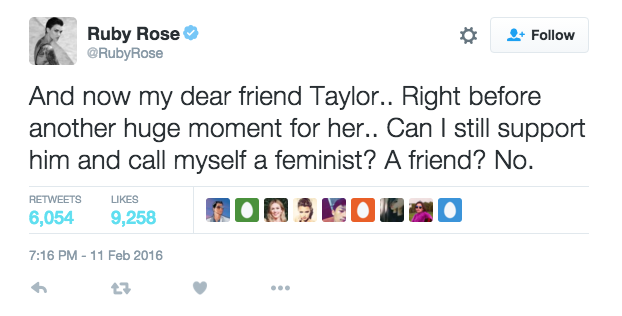 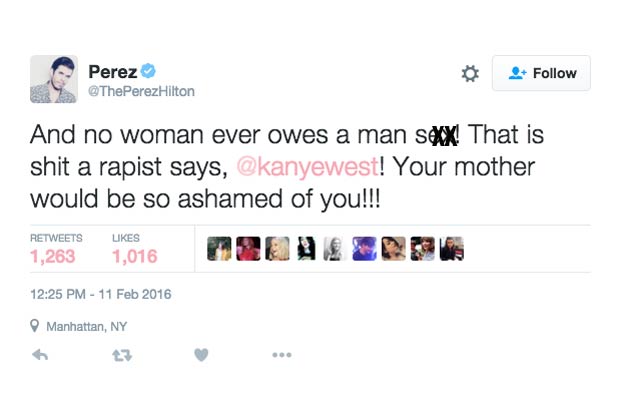 Since the song is out, Taylor has not given any official statement about the same.[/tps_footer]