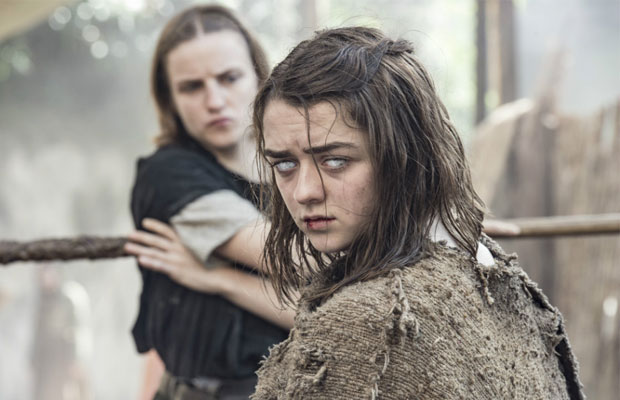 [tps_footer]Game Of Thrones makers have confirmed that the series will see an end in the eighth season. GoT season seven will soon start with its shooting schedule and the masses are already curious to know about the fate of the characters. The last season ended on a suspicious note with Sansa Stark and LittleFinger’s tricky exchange of glance.

Moreover, all the eyes are now on the Iron Thorne and Khaleesi is steadily marching towards the same. Maisie Williams who plays Arya Stark in Game Of Thrones has expressed why she feels the makers of the show have taken the right decision to end the show in less number of seasons.

Maisie stated “It sucks for the audience because they love the episodes, but what we’ll never do on this show is drag it out, and I’m so thrilled about that. Too many shows start out about making a great show, and by Season 6 it’s about making money and all they want to do is write more episodes and make more money. This show makes a lot of money, and it would be easy for HBO to be like ‘we’re gonna do four more seasons and we’re gonna extend them to 12 episodes.’ I really respect David [Benioff] and Dan [Weiss] for holding their ground and for HBO to be like ‘no… we’re gonna tell this story and we’re gonna end it and that’ll be final.”

Maisie Williams further added “Good things must come to an end or they’re not good anymore. It doesn’t last forever and we’ve done what we came to do, it’s time to wrap this up, and it will have the ending it was always supposed to have, and that’s very special. David and Dan started writing this show knowing the end, not knowing that it might actually come around and we might be allowed to make that many [seasons] — at the beginning we were just willing to make one [season]. They started this with an end in sight, and so it’s exciting to be closing it… I’m just excited to see everyone again – we start a lot later this year because winter has arrived, so that can’t happen in sunny Belfast.”

Arya who is known for her daring killings in the series further revealed whom she would like to interact with in the next season. Williams said, “It would be wonderful to work with one of the Starks again, but I just want her to see Melisandre or Cersei and not be dead at the end of it, to cross another big name off the list – but then I feel like people might come for me, because although everyone doesn’t like Cersei, we kind of love to hate her and I love to hate her. For the story it would be cool to meet either one of those and put a sword into them.”