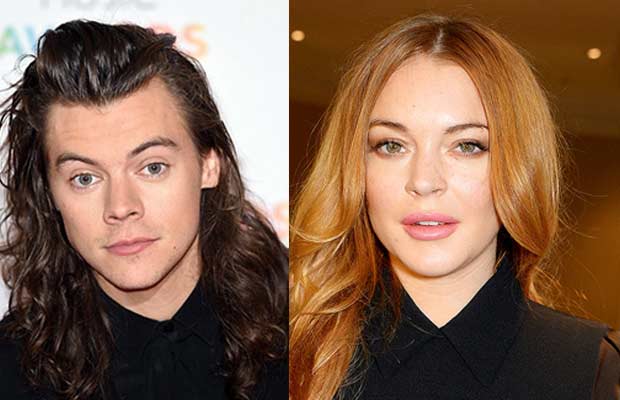 [tps_footer]One Direction band singer Harry Styles, is not only known for his amazing music and singing, but is very famous in the dating circle as well. Harry has been linked very famous models and has even dated big names in the industry- Taylor Swift and Kendall Jenner.

Harry Styles is known as a ladies man and any girl would, probably, never say no to him if asked out. But, it seems like the 21-year old singer couldn’t get his hands on Lindsay Lohan. Yes, you heard it right! In a recent interview with The Sun, Lindsay revealed that one time Harry had come to her hotel room looking for some fun time. She was tucked in bed ready to sleep when someone knocked at her hotel door around 2am. At first, Lindsay did not recognize the British lad. She said “He was in a suit. I said, ‘Well, you’re very good-looking — can I help you? He was like, ‘I’m Harry. Gavin and Michael sent me here. I was like, I’m going to bed but it was nice to meet you.”

Lindsay revealed that she had no idea who he was until she told about the incident to her sister the next day. Her sister was clearly shocked when she heard the story and surprised that Lindsay had no idea who Harry Styles was. It was only later that the British lad was told that his friends had punked him by saying that Lindsay Lohan was having a party in her room and had invited him.

Isn’t it crazy that Harry Styles, who is known to be the ladies man, was turned down by Lindsay Lohan? Harry is rumoured to be dating supermodel Kendall Jenner after they spent time together recently at St. Barts whereas Lindsay is dating Russian businessman Egor Tarabasov.[/tps_footer]