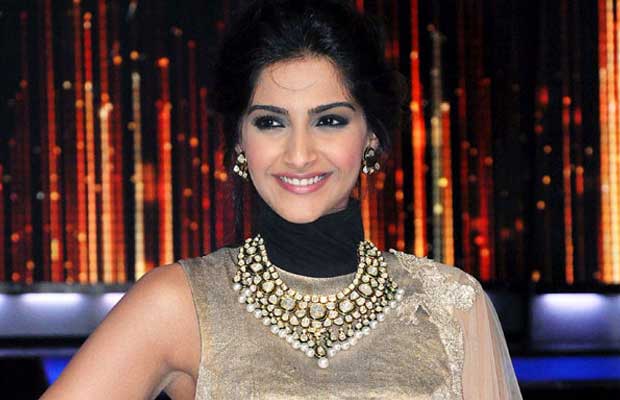 [tps_footer]Bollywood beauties are on a Hollywood spree lately, with latest being Sonam Kapoor. After actresses Deepika Padukone and Priyanka Chopra in the global front, Sonam too is not behind. The Neerja actress who is on cloud nine with her last blockbuster hit ‘Prem Ratan Dhan Payo’ will soon be seen in Coldplay’s music video.

Yes! Fashion icon Sonam who is already famous worldwide for her style and designer attires, has bagged her first English single with Coldplay. The single will also feature sensational diva Beyoncé. The new single is titled, ‘Hymn for the weekend’.

According to reports, Sonam Kapoor will be seen playing a mystical muse in the video. The single is to be directed by Ben Mor. PRDP actress Sonam has already been well acquainted with the International platform, this is not the first time where the diva will be flaunting her name on the global front. With Cannes appearance and fashion events, Sonam is already a popular name in the west world.

Raanjhanaa actress has not only bagged compliments for being a part of the musical single, the diva is also gaining all the positive reviews for the intriguing trailer of her upcoming film ‘Neerja’. Creating laurels in both the worlds, Sonam Kapoor is undoubtedly on a winning spree.

Well, Sonam’s sister Rhea Kapoor who is a stylist will be responsible for Sonam’s look in the single. On the home front, Sonam Kapoor will soon be seen in ‘Neerja’ which is a biopic based on the life of flight attendant Neerja Bhanot. The film also stars Shabana Azmi.[/tps_footer]