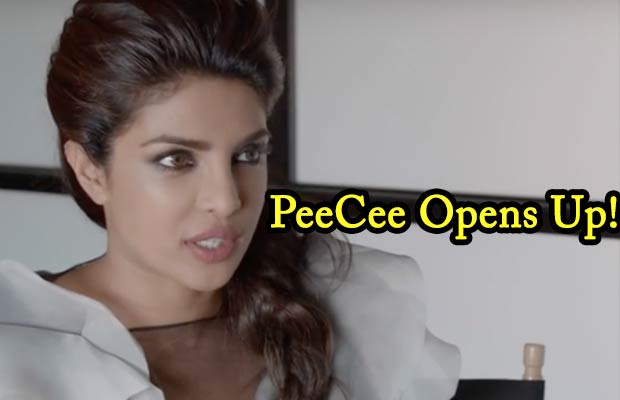 [tps_footer]Bollywood’s Desi Girl who has also rocked the West with her beauty, her presence of mind, acting, singing skills, Priyanka Chopra finally talks about  her first acting audition and it was for the American Television series Quantico. Priyanka shared a lot in her recent interview while shooting for a magazine that she had to audition for her role Alex Parrish in Quantico which has become a milestone in her career and she has recently completed the second season of Quantico. PC said even after doing so many Bollywood movies she was so nervous to give her first audition in front of five people, we are surprised to know our strong and always so confident can ever feel nervousness but we also know that PC is pretty frank and honest about her feelings and opinions.

Priyanka Chopra has done movies like Mary Kom, Dostana, Fashion, Don franchise, Dil Dhadakne Do, Bajirao Mastani, and she was appreciated so much even for her negative role in Aitraaz starring Kareena Kapoor Khan and Akshay Kumar so it’s hard to believe that Priyanka can feel nervous but it proves she is honest and human enough to feel the excitement, responsibility to perform very well at both Domestic and International level. Once again we will get to see Priyanka playing a negative role, a gorgeous baddie who will try to break the squad of The Rock Dwayne Johnson in Baywatch which is Priyanka Chopra‘s first Hollywood movie. And, we guess now Priyanka will never get nervous in Hollywood ever as she has the experience of working in the Television industry and Hollywood of the West world and she is used to working in both India and West.

Both, Priyanka Chopra and Deepika Padukone have made us proud with their work in the West and we know that both the gorgeous divas have auditioned for becoming the next Bond girl in the blockbuster hit franchise James Bond. Let’s see who will bag this big project, meanwhile, tell us who should be the next Bond girl according to you?