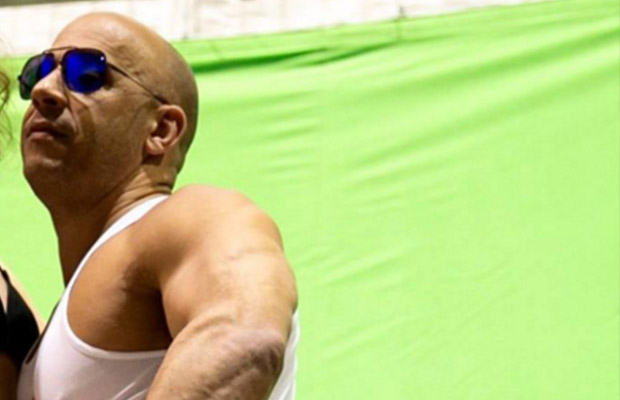 Superstar Vin Diesel has shared the very first picture from the film on the social networking site Facebook. The image is from the shooting location of the film. The handsome hunk captioned the picture saying, “First day on the sound stage…Xander…

The image features Vin on a motorcycle with a bikini clad girl. Well, the film is undoubtedly going to be high on glamour and stunts it seems. Deepika who is all set to make her first Hollywood presence will soon join the shoot of the film. The actress is sweating it out in the gym like never before to appear all prim and proper for her character.

The Bajirao Mastani girl has already impressed Vin Diesel by all means. The actor had recently expressed in a recording that he is all eager to share screen space with Deepika and cannot wait for the shoot to commence.

Miss Padukone is currently on a workout spree as the actress now and then keeps posting about her gym routines. Well, with the glamorous first image the expectations from the film are already high.[/tps_footer]