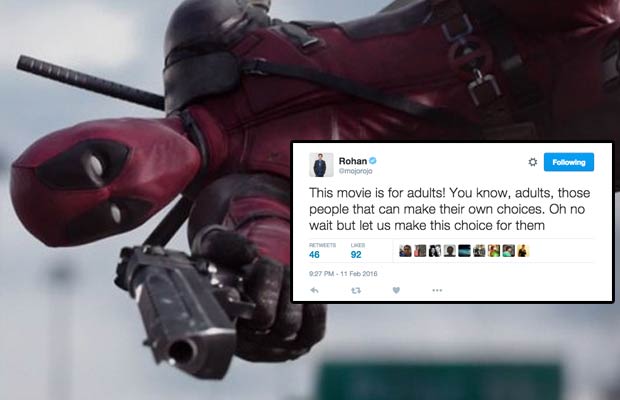 [tps_footer]Hollywood actor Ryan Reynolds is starring in major Marvel movie this year titled ‘Deadpool’.  Directed by Tim Miller, the movie is based on Marvel comics and it the first Marvel movie to get an adult certificate. The actor has been promoting the movie in full swing- press meets, fan meet ups and etc. The film released today in India.

‘Deadpool’ is what every fan of the comics expected it to be. It is violent, fun, witty and a laugh riot. As said by Ryan, the film took 11 years to be made and it was worth waiting for this long. But, Indian audience is not very happy. As usual, Indian Censor Board has made the 7 cuts in the film. If you don’t hear cuss words from ‘Deadpool’, then what is the point of it. The censorboard, every now and then, makes headlines for censoring stuff that is very important in the film. What is surprising is the F-bombs and s** scenes are given green light but cuss words are muted. Does this even make sense?

Here are the seven scenes that were cut by the censorboard:

This made fans of the comics mad. The audience, who has waited for years for this film to be made, had some thoughts on the Indian censorship. 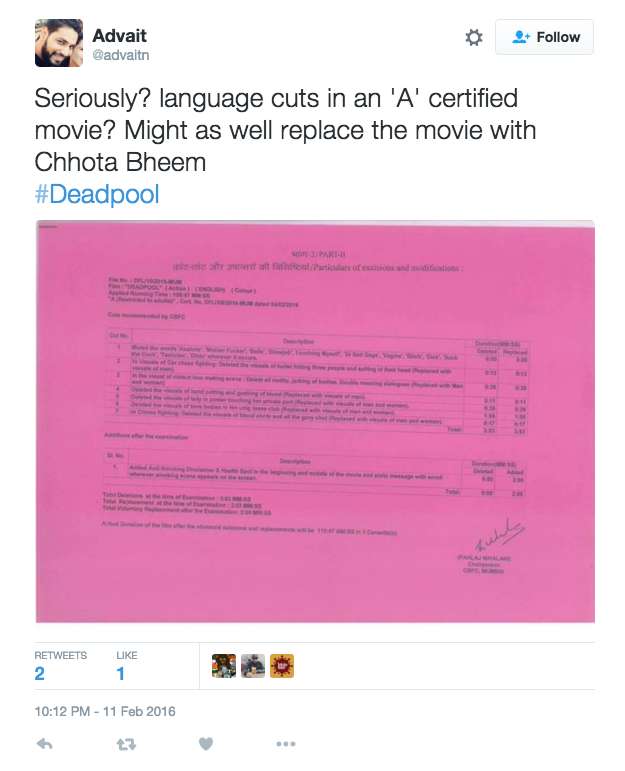 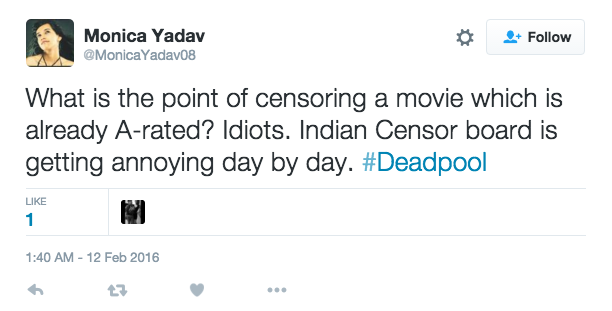