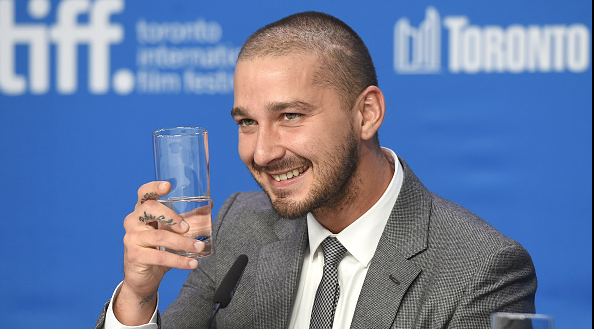 Hollywood hunk Shia LaBeouf has been arrested by police in Austin, Texas for public intoxication and lewd behaviour. Apparently the actor was too drunk or high on drugs and was making a commotion despite several warnings. He was arrested late evening and was seen with a woman whose name has not been identified. Shia was apparently in town to attend some Live concert, and was later arrested for public intoxication.

According to reports, Shia LaBeouf and his female accomplice were trying to get entry into a bar near Sixth Street which is known for its party life. As Shia was already drunk and out of his wits, the bar management did not let him enter the place. Which triggered the Hollywood star and he started lashing out on the staff trying to barge in forcefully. He however walked away later on and that’s when the actual problem began.

After walking away from the bar, Shia who was highly intoxicated either on alcohol or drugs apparently ran down the street and start misbehaving. After several warnings when it looked like the actor wasn’t ready to cooperate, his disobedience forced the police officials to arrest him. Shia LaBeouf has earlier been in a similar situation last year in NYC where he was arrested under similar circumstances.

The 29-year-old star has been much in limelight for his bizarre way of living. At a very young age Shia LaBeouf became a world known name after starring in Disney’s series ‘Even Stevens’. He has acted in numerous films like the ‘Transformers’ series, ‘Fury’, ‘Lawless’, ‘Disturbia’, ‘I Robot’ and ‘New York, I Love You’ among others. He will soon be seen in the film ‘Man Down’ which is set to release on October 30, 2015.