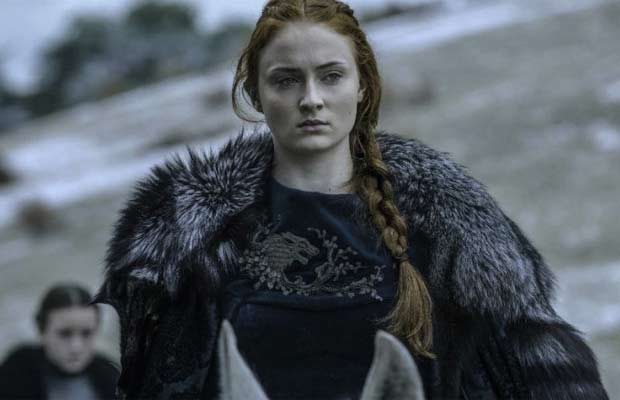 Sophie Turner who plays the character of Sansa Stark in the tricky series has revealed something interesting about the end of the show. The mind blowing actress whose character is currently the most integral one in the series confessed that she will be very depressed when GoT will come to an end. Moreover, Sophie also joked about Sansa’s long death scene.

The pretty actress stated in an interview, “It’s really sad. It’s really uncomfortable to think about my life without Game of Thrones. Not only has it been like a family — going to see a family every summer — but it’s also been a safety net. When I finish this I don’t actually know what’s going to happen. I might slip into a deep, deep depression because I won’t know what to do with myself. It’s going to be very strange. I feel people are going to miss it dearly.”

The diva further also hinted at the stance of her character saying, “I actually don’t know because of the way last season left off. There are so many options. She could run with Littlefinger and become a villain and sadistic. Or she could also team up with her brother Jon.”

She added, “A long, slow, episode-lasting death, where it’s just one long scene of my death and no one else. And it’s going to be the last episode of the last season.”

Well, we can hardly wait for next season to commence!