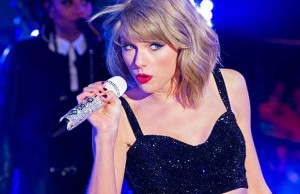 The videotaped deposition of the 26-year-old singer which is now accessible to the public, Swift is seen embarrassed and uncomfortable when she was asked to describe the happenings of the incident in detail.

“I remember being frantic, distressed, feeling violated in a way I had never experienced before,” Swift said.

“A meet-and-greet is supposed to be a situation where you’re thanking people for coming, you’re supposed to be welcoming people into your home, which is the arena for that day, and for someone to violate that hospitality in that way, I was completely stunned,” she added.

The “Shake it Off” singer alleges in the deposition that Mueller “intentionally reached under her skirt, and groped with his hand an intimate part of her body in an inappropriate manner, against her will, and without her permission.”

She asserted that the actions of the DJ were completely intentional and said “Right as the moment came for us to pose for the photo, he took his hand and put it up my dress and grabbed onto my ass cheek and no matter how much I scooted over it was still there. It was completely intentional, I’ve never been so sure of anything in my life.”

The “Blank Space” singer had a small win in the ongoing case last Friday when the judge decided to seal a photo of her and Mueller from the meet-and-greet that allegedly supports her claims and clearly shows the DJ groping Swift. The photo will remain unavailable to the public until the case goes to trial.

Swift’s request to withhold other pieces of evidence in the case was denied by the judge after labeling them “entirely ordinary and mundane.”