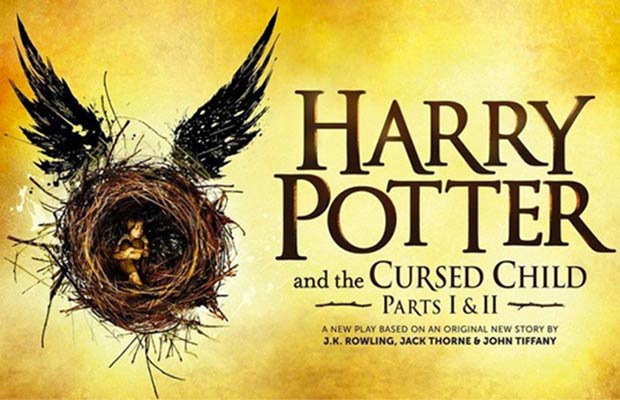 [tps_footer]The ‘Harry Potter’ series has become a worldwide phenomenon, one that has become a pop culture landmark of sorts. After the success of the books and the movies, when there came the news of a play on the series, fans across the globe were thrilled. Well, it was after all for good reason as it turns out that we have the very first images of Hogwarts School Of Witchcraft And Wizardry!

The two part play ‘Harry Potter and the Cursed Child’ is a continuation of sorts since it picks the story up from the end of the final book in the series. The epilogue which ends showing the characters 19 years after the Battle of Hogwarts picks up in the play. The play premiered on Tuesday this week and unsurprisingly, JK Rowling who is the writer of the series was present amidst the audience. While Rowling herself tweeted to fans asking them to #keepthesecret and not reveal any major plot points, a picture from the play has surfaced.

Well, don’t worry! The picture came from the official ‘Cursed Child’ Twitter page and was a picture from the show where the cast was seen onstage. Turns out that this image is the first one from the play to be seen by anybody. When the production team released photos of cast members last week, there was a lot of controversy that surrounded the play. However, inspite of some difference of opinions among fans on the casting choice, fans are still eager to see a new Harry Potter story and that is probably why the play is sold out till May 2017! The book adaptation of this play which will release on July 31st is already one of Amazon’s top three bestselling books of the year.[/tps_footer]