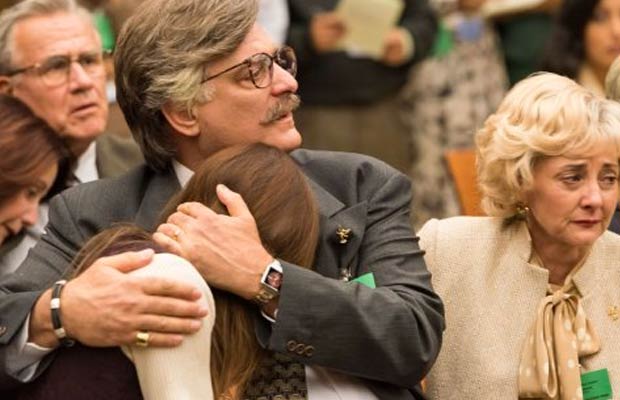 [tps_footer]Get ready for some spoilers if you haven’t watched the episode already!

Last year when Ryan Murphy announced that he is making a spin-off of his hit show ‘American Horror Story’ titled ‘American Crime Story’, no one would have thought that the first case the show will be dealing with would be the infamous controversial case of O.J.Simpson.

Little back story first. O.J.Simpson is a retired American football player turned actor,broadcaster and convicted felon. He was charged with two murders in 1994- one of his wife Nicole Brown Simpson and other of friend Ronald Goldman. The murder trial was highly publicized and it was the most talked about case till date. It was named People Vs O.J.Simpson. The trail went on for almost a year which made the victims and as defendant’s lawyers very famous in media- that included Marcia Clark, Johnnie Cochran and Robert Kardashian. Several witnesses, proofs were shown in the court including gloves used to kill those two people, but in the end, verdict was in O.J’s favor.

Derived from the true story, Ryan Murphy made 10 episodes the first season of ‘American Crime Story: The People V O.J.Simpson’ bringing the most controversial case to Television. The finale of the TV show came to a Verdict and saw it was of the most amazing episode on television today. FX decided to extend the finale from one hour to one and a half hour. The episode not only focussed on the trial verdict but gave multiple endings to different characters in the story. The episode showcased what happened after the trial ended in victims’ lawyer Marcia Clark‘s life as well as O.J.Simpson’s defending lawyers Johnnie Cochran and Robert Kardashian. The case was also made Black vs White people and was said O.J was framed because he was black.

The first half of the finale focused on something everyone knew was coming- THE VERDICT. If one had followed the case closely in the 1990s, everyone knew that the infamous trial ended with O.J. being acquitted from the trail. Also, real life Johnnie Cochran‘s line was used “if the gloves don’t fit, you must acquit”. Cut to next part when the jury takes  their decision and O.J is found not guilty.  The way the real case footage shows how real life Robert Kardashian was shocked after the verdict even though O.J was his closest friend, David Schwimmer who played him on the show portrayed the same emotions onscreen.

The show never took a side. Instead, they showed the shade of a person and people involved with them and why it was such a big deal. Towards the end of the episode, the viewers were reminded that O.J.Simpson is still in jail serving for his other crimes and is up for parole in 2017. It was underlining that justice is always served in one of the other ways.

The final shot of the episode in ‘American Crime Story’ showed us photos of Nicole and Ron along with their birth and death dates. In all, the first season came to a close with great performances from Cuba Gooding Jr as O.J.Simpson, David Schwimmer as Robert Kardashian, Sarah Paulson as Marcia Clark, John Travolta as Robert Shapiro, Courtney B. Vance as Johnnie Cochran and Connie Britton as Faye Resnick.[/tps_footer]