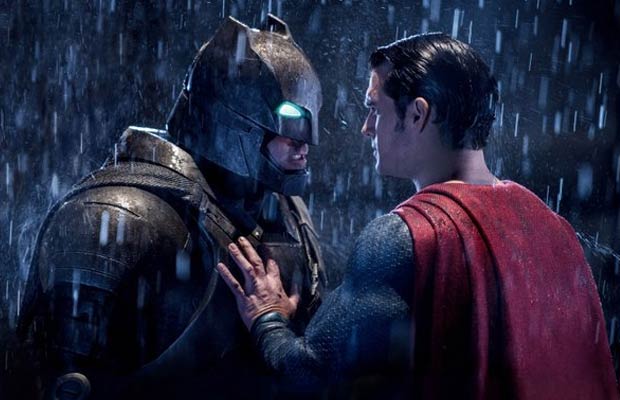 [tps_footer]Hollywood’s highly anticipated movie of the year is ‘Batman V Superman: Dawn of Justice’. Starring Ben Affleck as Batman and Henry Cavill returning as Superman, the trailers have been teasing the DC fans for quite some time.

Ben Affleck has taken over Christian Bale’s Batman and has promised to do justice with the character that has been loved a lot. As the new film releases in few days here come tons of parodies. One of the parodies of the upcoming film that everyone is talking about is ‘Affleck V Affleck’. The parody is a compilation of Ben‘s two movies- ‘Hollywoodland’ and ‘Batman V Superman’. The parody shows Superman fighting Batman which means Ben is fighting himself. It is pretty funny. The parody is smartly edited by Todd Spence. He has taken scenes from both the films and Henry Cavill is not a part of it anymore. The parody makes us wonder what would it look like to see Ben Affleck fighting himself for real.

Directed by Zack Snyder, ‘Batman v Superman: Dawn of Justice’ story presents Superman as a threat to the world because of his actions while Batman decides to take on him to prove what kind of hero the world really needs. This embarks Batman vs Superman that gives a new villain Lex Luthor who creates Doomsday that poses a new threat to mankind. Keeping their differences aside, Batman and Superman unite along with Wonder Woman to stop Lex Luthor from destroying everything. Lex Luthor is played by Jesse Eisenberg, Amy Adams as Lois Lane and Gal Gadot plays Wonder Woman. The film hits the theatres this week on  March 25, 2016.