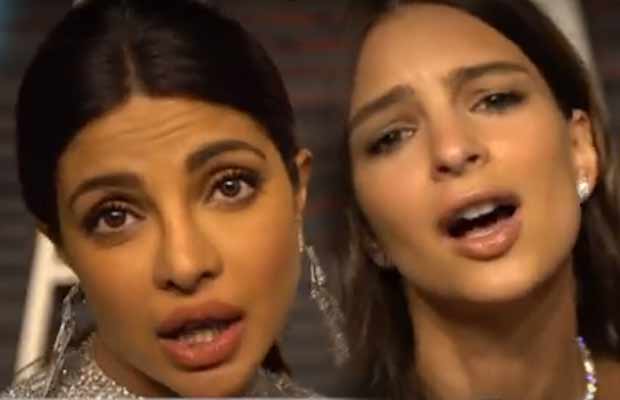 [tps_footer]Hollywood rapper Kanye West is known for a lot of things apart from his music career. If you are aware of Kanye West and his twitter account, then you would know how famous his tweets are. Every now and then Kanye goes on twitter rants, calls out someone or gets into a fight. The music producer is so obsessed with himself that it gets disturbing to a new level.

During Oscars weekend, many A-listers attended the 88th Academy Awards after party hosted by Vanity Fair. Tyler Oakley, who is a youtube personality, asked celebs appearing on the red carpet to dramatically read his tweets. The turn out for this hilarious spook was pretty spoof. Our very own diva Priyanka Chopra, attended her first Oscars last weekend. She was everywhere, on every news and her confidence was glowing all over her face. She sportingly participated in the dramatic ready and nailed it. Adding much sass to her personality, Priyanka dramatized this tweet, “I’m not even gonna lie to you, I love me so much right now that you will never even know.”