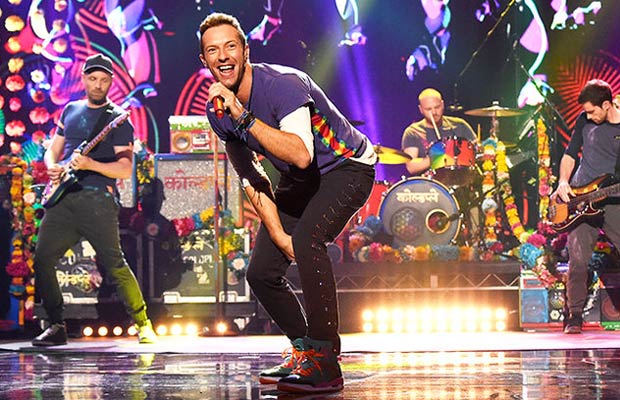 [tps_footer]The ‘Coldplay’ fans were left amused and heartbroken as soon as Sonam Kapoor posted a picture with ‘Coldplay.’ The world famous band was spotted in Delhi last year with celebrities like Vishal Dadlani, Freida Pinto. The members of AIB (All India Bhakch*d ) were also spotted spending time with the ‘Coldplay’ members at the gig.

The sad part is, there is no official confirmation from the band/band members yet. Their official tour website gives no clues/hints about their visit to India. The official site has dates of December for various cities like Australia and New Zealand.

Coldplay is currently touring in parts of the United States Of America. The world famous band has released their seventh album named ‘A Head Full Of Dreams.’ This album is also rumored to be their last album as a group.[/tps_footer]