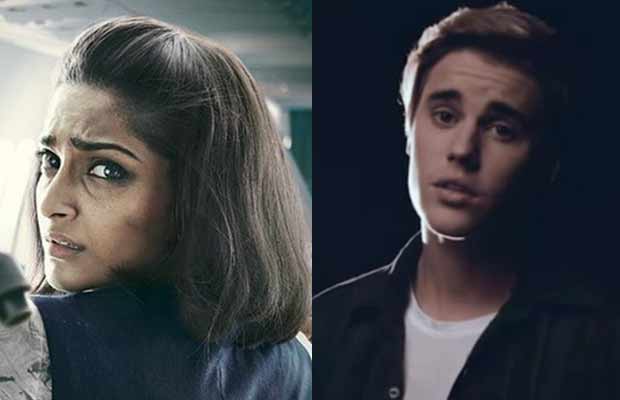 [tps_footer]Well, needless to say “Neerja” is a breakthrough movie of Sonam Kapoor‘s career, to quite an extent it defines her caliber as an actor, as a human to portray such a challenging role. And with all the appreciation from fans, critics, contemporaries, family and friends in the B-Town. Sonam only has “thank you” and a big smile to give.

But there is a video being circulated repeatedly on a social networking site that has Justin Bieber‘s song “Where Are U Now” and a scene from Sonam‘s “Neerja“.

Surprisingly, It’s not made by Justin but Null Hypothesis has made it. For a minute it felt like Justin is going out of his way to promote “Neerja” on internet and the next minute, it gave a second thought, is he trying to create a big fan base here in India by making this move ??? But then all confusion got sorted. Anyways enjoy the video of Justin‘s hit song “Where Are U Now” and please go ahead and watch Neerja if you didn’t till now. It’s a must watch movie, you won’t regret watching.

Proud moment for all of us! Justin Bieber has a special song made for the latest movie ‘NEERJA’! Don’t believe us? Just WATCH!!