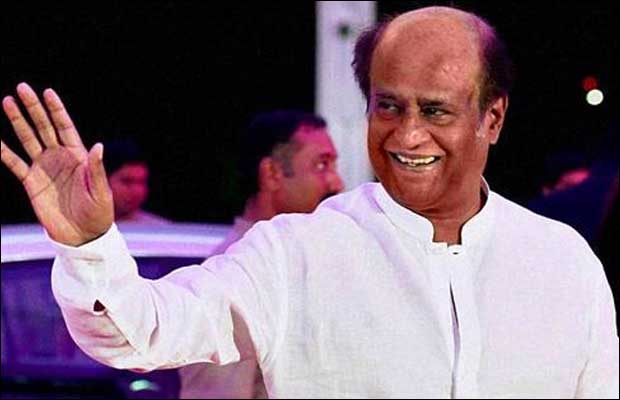 [tps_footer]Tamil superstar Rajinikanth recently had his 65th birthday and had urged his fans not to indulge in any celebrations. The actor observed silence for the tragic floods that changed the lives of people in Chennai forever. Rajinikanth who was shooting in Malaysia and Goa for his film ‘Kabali’ had already done his part by donating Rs. 10 crores for the Chennai floods relief fund. But the actor also thanked his fans and their clubs for coming forward and physically volunteering to help the victims out during the time of flood.

Rajinikanth took to his Twitter handle to thank all of his fans who showed heroism and helped the needy out during the crucial hours of flood. The actor wrote, “To all my dear fans who stood and lived up to the hour of need for our Chennai… heartfelt thanks… Nothing could make me happier and proud” Well certainly, to have fans like them would be a great honour for any actor and for an actor like Rajinikanth who is looked up by millions in Tamil Nadu, it was surely the best birthday gift.

The actor further thanked his friends and colleagues who wished the actor on his birthday. He wrote, “To friends, colleagues, well wishers and my dearest fans who are closest to my heart… Thank you for all the wishes.” Rajinikanth is currently busy shooting for his film ‘Kabali’, and his next film ‘Enthiran 2’ was supposed to go on floors on the occasion of his birthday. However due to the devastating floods, the film’s inauguration was shifted.

‘Kabali’ stars Bollywood actress Radhika Apte who recently joined Rajinikanth during the shoot. ‘Enthiran 2’ will see actress Amy Jackson who revealed she is looking forward to the project. ‘Enthiran 2’ is said to be India’s costliest film with a budget of over Rs. 250 crores. Well only time will tell what magic Thalaivar brings next![/tps_footer]