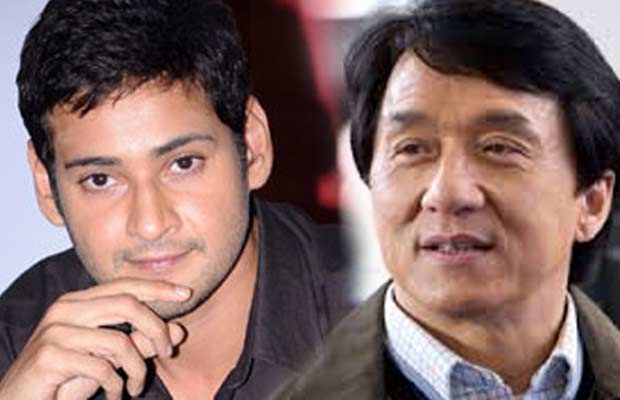 [tps_footer]According to the latest buzz, Telugu superstar Mahesh Babu might soon be sharing screen space with Hollywood action master Jackie Chan. Sources from DC suggest that an international star was being eyed for the next project starring Mahesh Babu and now it has been revealed that it is none other than Jackie Chan. Also the most interesting part is that the film will be a Telugu flick itself, thus roping in Jackie Chan for an Indian venture. Well no confirmations have been made yet but signs surely indicate that the Hollywood star has been approached for the role.

Earlier during an interview director Puri Jagannadh had revealed that he will be working with Mahesh Babu for a large scale film for which he will also be roping in an international actor. Puri had revealed that he will make an official announcement once the actor nods yes, which means Jackie Chan has been offered the role. Now whether he says yes or no, only time will tell! Although it will surely be fascinating to see what would happen when Mahesh Babu and Jackie would come together and share screen space.

Apparently director Puri Jagannadh is asking his good friend Sonu Sood, who has worked in many regional films, to pull the strings in order to rope in Jackie Chan. As we revealed earlier, Sonu Sood is currently shooting with the actor for the film ‘Kung Fu Yoga’ and has developed really close equation with the humble star. Using the same equation Puri is looking forward to be the one to rope in Jackie Chan for his first Indian film. Till now Jackie Chan has worked with only Mallika Sherawat from India.

Well now after raising the hopes so much, we wait to get a final confirmation from the filmmakers or actor Jackie Chan himself. What do you think, will Mahesh Babu be seen with the action master?[/tps_footer]