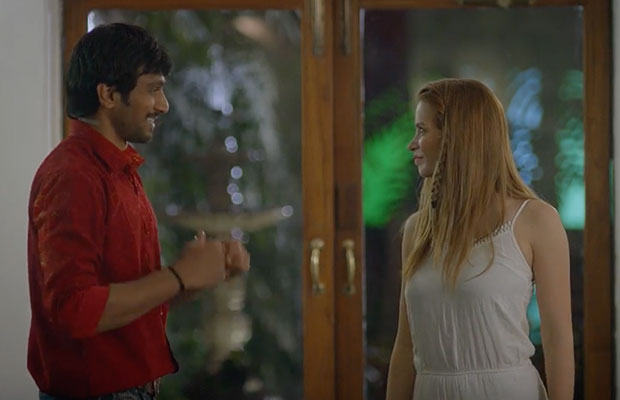 [tps_footer]Bollywood singer Arijit Singh, who is known for his best voice for romantic songs, for the first time, has tried his hands on singing Gujarati song for upcoming film Wrong Side Raju. The much-awaited song ‘Satrnagi Re’ is out and it’s soothing! Composed by Sachin- Jigar and sung by Arijit Singh, ‘Satrangi Re’ couldn’t be this perfect.

The beautiful song showcases how the actor falls in love with a foreign actress and their journey together. Beautifully expressed in words, ‘Satrangi Re’ is going to be one of the best songs of the film ‘Wrong Side Raju‘, produced by Anurag Kashyap.

This will be the first time Phantom films will be entering the diaspora of regional cinema with a Gujarati film which will co-produced by ‘CineMan’.