Rana Daggubati who is celebrating his birthday today revealed the first look of his ferocious character of King Bhallaladeva.

The actor along with director SS Rajamouli unveiled his first look in the poster from Baahubali 2: The Conclusion.

Rana who is playing the role of an antagonist and powerful Bhallaladeva is standing tall and powerful in this new poster.

With a frown on his face, hair tied in a man bun, compelling physic and holding a huge mace, Rana is sure to cause a lot of destruction in Baahubali 2: The Conclusion

The actor has undergone rigorous training to get the perfect vicious look which has created a buzz amongst the fans of the blockbuster film.

Rana will be seen delivering a pack of action scenes in the most anticipated movie of 2017 Baahubali 2!

The actor’s look no doubt makes a pure justice to character of King Bhallaladeva.

The filming of the second installment of the franchise, Baahubali 2 is almost done and the team is all set to strike theatres to unravel the mystery of Baahubali’s death by one of his most loyal, Katappa.

The film’s first look was released sometime back on the birthday of Prabhas. 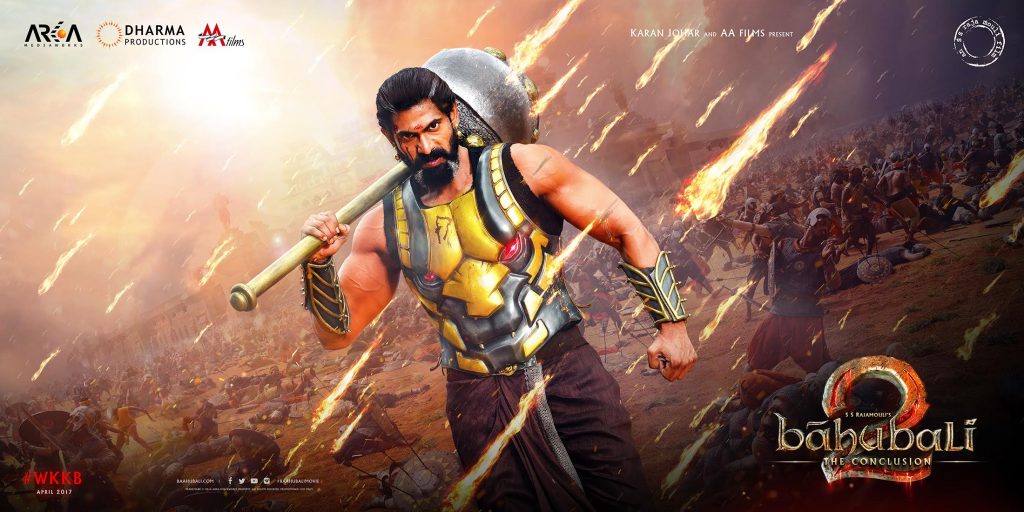