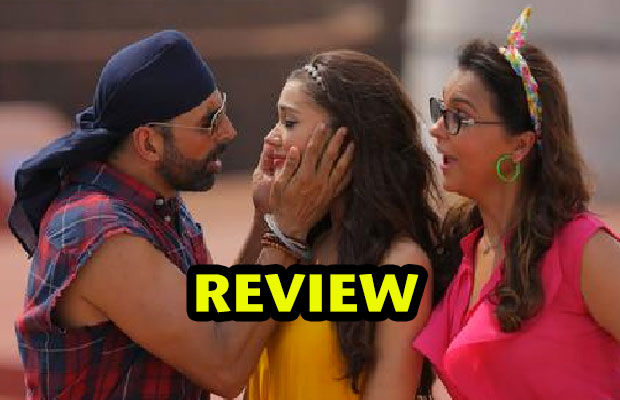 If you need just one good reason to watch a Bollywood movie this week, then Akshay Kumar is the only reason you might want to see Singh is Bliing. The Prabhudeva directed comedy, a follow up to the highly successful Singh is King, does not have the humour of the earlier film, nor the talented supporting cast to keep proceedings afloat.

Kumar plays a bumbling, good-hearted sardar called Raftaar Singh. His frustrated father sends him far from the mischief and free-spirited world he enjoyed in Punjab to work with a casino owner in Goa. While he is there, accompanied by his two equally useless friends, he is assigned the task of chaperoning Sara. Sara’s (Amy Jackson) father (Kunaal Kapoor) advises her to lay low for a while after a local bad-man Mark (Kay Kay Menon, over the top) takes an evil fancy to her. Sara, who does not speak a word of Hindi, jets over to Goa to find her estranged mother. Raftaar does not speak English, so they hire an interpreter. Enter Emily (Lara Dutta), referred to as ‘Imli’, who takes it upon herself to paraphrase the dialogues rather than give literal and accurate translations.

Also Read: Airport Spotting: So Odd This Bollywood Celeb Using Her Puppy To Hide Her Face From Cameras

The writers probably thought this would be a humorous device; instead it’s just annoying. Dutta too overdoes the comic act, hamming it up in her outlandish costumes. Jackson, as seen previously in Ekk Deewana Tha, is easy on the eyes but an actress she is not. She does, however, do well in the action scenes as the woman who needs no man to take care of her.

So it’s down to Akshay Kumar and his boundless energy, and rather charming performance, to keep us interested in this drivel. It’s not enough, though, to make 141 minutes with a handful of laughs passable.