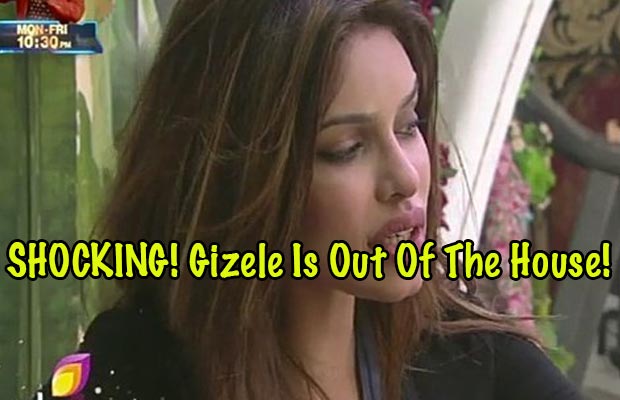 [tps_footer]Bigg Boss 9 contestants were totally engrossed in playing luxury budget task ‘Bhoot Bangla’. All the housemates totally got into the skin of their character for the task this time and it went too nasty.

As earlier we exclusively revealed that Bigg Boss asked the humans to destroy all the skeletons and props of the ghost’s team in order to win the task. While humans were trying to pull down skeletons, ghost team had to save them from doing so.

Now we exclusively reveal that while performing the task, the housemates literally fell on each other and it went way too physical. Between all this, wild card contestant Gizele Thakral severely got injured. The bone of her left leg slipped and doctors were immediately called for the medication.

The doctors confirmed that she has no fracture and that she will be fine later, but due to her uncontrollable pain she was taken outside the house for X-ray. The model turned actress will be back in the house soon after her X-ray and treatment.

In every task housemates get too enthusiastic to win the task, but this time it went way too ugly and aggressive. Anyway, Gisele is tagged as the new feisty member of the house as she got into an argument with everyone and it was time for her to taste her own medicine. Well, time will tell better what housemates have for the new wild card contestants. Till then, stay tuned to Business Of Cinema to catch exclusive updates on Bigg Boss 9 Double Trouble!

CLICK ON THE LINK BELOW TO KNOW THE WINNER OF BHOOT BANGLA TASK![/tps_footer]