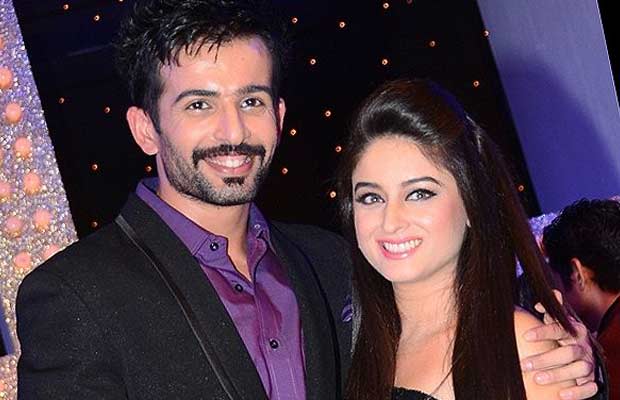 [tps_footer]Between all the rumours about trouble in TV couple Jay Bhanushali and Mahhi Vij’s marriage, here comes another drama for the couple. The couple who are seen together in ‘Khatron Ke Khiladi‘ show, were recently seen chilling together at a nightclub in Santacruz.

Jay Bhanushali and Mahhi Vij’s marriage was supposedly on the rocks, but the recent incident proves it totally false. According to the reports, the two were partying till the wee hours of Friday at a club in Santacruz. Everything was fine until a random man started staring at Mahhi and that left her uncomfortable.

Mahhi who had accompanied with Jay and her brother Kunwar Amarjeet Singh, faced an uncomfortable moment at the club. While they were at a club, a man continuously stared at Mahhi and so they had to move to another table. Not stopping there, he followed Mahhi and stood in front of her calling him Mahhi‘s fan and also wanted to exchange greetings with the actress. Jay confronted him to leave, but as he did not leave from there, Jay picked a fight with the man.

Jay lost his cool and got into a brawl with the man. Later things went worst and the man had to be dragged out of the club. Well, with this, Jay Bhanushali surely sets relationship goals by being protective about his wife!

Recently, rumours were doing rounds that there is trouble in Jay and Mahhi’s marriage, but with this recent incident it proves that everything is alright in their marriage life and that the two are very much in love with each other.[/tps_footer]