Manveer Gurjar is a farmer and a dairy owner from Noida, entered Bigg Boss 10 house as a commoner. After successfully surviving three months inside the house, Manveer Gurjar has finally won the battle by becoming the winner of season 10. Manveer has beat Lopamudra Raut and VJ Bani to emerge winner and pocket the prize money of Rs 40 Lakhs. This is unbelievable and surely a big moment for Manveer Gurjar and his family. Known for his tough personality and bold attitude Manveer won many hearts and has emerged the winner of the much-talked reality show.

Manveer has already become a star and this picture of him with his trophy is a proof. One can see the happiness and emotions in the eyes of Manveer as he lifts the trophy with family and evicted contestants by his side. Undoubtedly, Manveer deserved to win this title and moreover, he proved himself at every stage in the game. 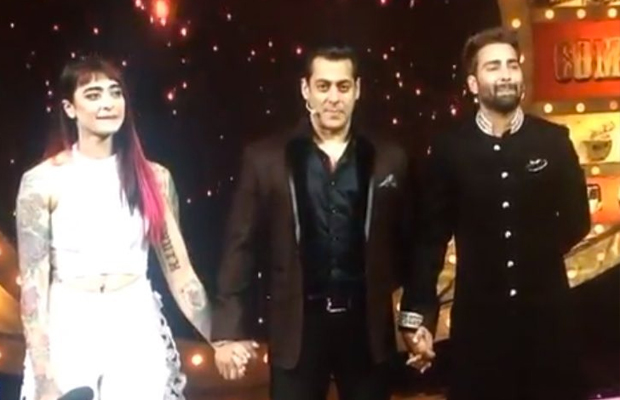 From nobody to a star now, Manveer came a long way and proved himself at every moment. His drastic transformation on the show had won many hearts. Not just that, his friendship with Manu Punjabi proved that Manveer was not only here to play the game but also to earn friendship and win hearts