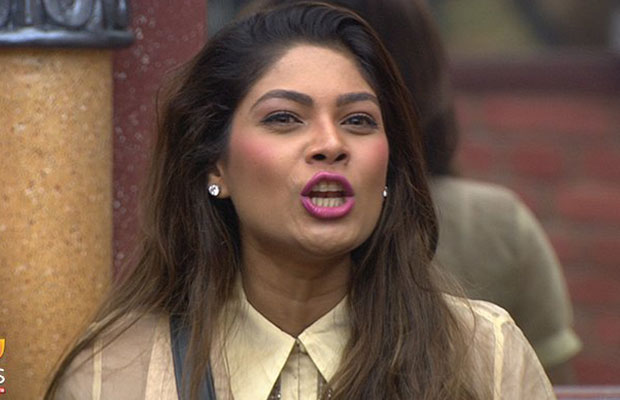 Bigg Boss 10 makers had introduced a challenging task to raise the winning prize money. The housemates had lost earlier. Lopamudra, Manveer, Rohan and Bani were asked to be in the grand finale room. Manu Punjabi had to predict something from the confession room. He had to say in which order each contestant will come out of the finale room. If each prediction goes right, the amount will be increasing accordingly.

All 4 contestants had to mutually decide that who according to them should leave the finale room first. They also needed to decide in what particular order. At first place, VJ Bani comes out and Manu Punjabi’s prediction goes right. Later, Manu and Bani were called in the confession room. The two had to mutually decide who will come out second from the finale room. Bani and Manu predicted but they were shocked to see that it was Manveer who got out in the second place.

Bigg Boss then instructed that one has to leave the finale room once the last buzzer rings. Rohan Mehra and Lopamudra Raut decided to come out together, which was against the rule. As the buzzer rang, Rohan stepped out along with Lopa.

Later, Bigg Boss lashes out at Rohan and Lopa for making these silly strategies at this stage of the game. BB also hoped that they will perform the task properly at least in the last week. Bigg Boss blamed Rohan and Lopa for being childish and ruining all the efforts of other housemates. As Rohan and Lopa broke rules, the prize money was deducted and has been reduced to Rs 40 Lacs.

Lopa then yells at the top of her voice. She said what Bigg Boss did was nonsense. They had no strategy to step out of the finale room. Lopa gets upset thinking that she is being portrayed badly in front of the world. She further said that Bigg Boss will do what they want always. They have got a chance of not increasing the prize money by blaming the two of them. They also laugh saying that Bigg Boss has saved Rs 10 Lacs by doing all this.

Did Lopa intended to say that Bigg Boss is scripted and everything that happens is not because of their actions? Or did she put the blame on Bigg Boss after losing the task? Share your views in the comments section below!