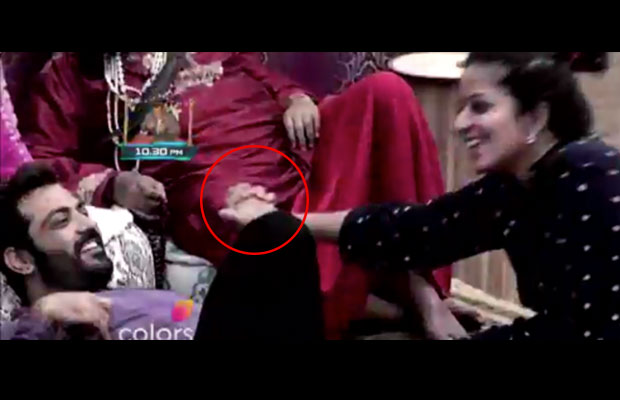 In tonight’s episode, you will see a new bonding between celebrity contestant Monalisa and commoner Manoj Punjabi. There seems to be a start of unique bonding between the two and are also seen spending time with each, which has made housemates talk about. In fact, what’s more shocking, is Manoj has started getting touchy with Monalisa. What’s brewing between the two? Has Cupid hit the Bigg Boss house? Only time will tell!

Meanwhile, the contestants have started planning and plotting after a week. CommOners have turned sevaks of the house while celebrities are the maalikS of the house. Also, as earlier, we Exclusively revealed 7 contestants are nominated for the second eviction. Manveer, Mannu (Manoj Punjabi), Nitibha Kaul, Rohan Mehra, Gaurav Chopra, Monalisa, and Om Swami have been nominated.