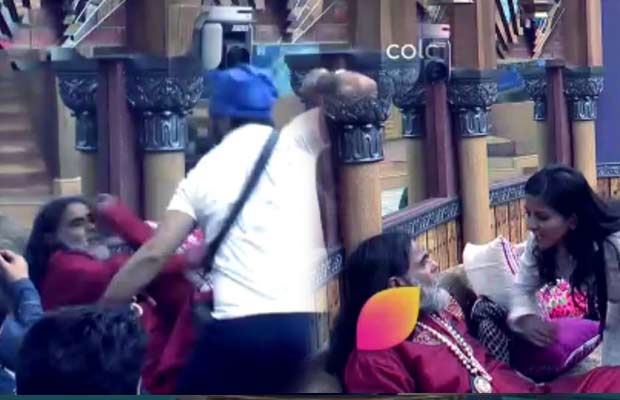 Tonight’s episode was surely an entertaining one but that’s not all, the real Bigg Boss 10 has just begun. It was obvious that Om Swami is surely going to create a new drama in the house after his re-entry in the house. In fact, in yesterday’s episode, Manu Punjabi had warned Om Swami that he won’t be spared for his behavior in the house. But it seems, the warning made no difference to Om Swami and he is back with his another cheap antic. 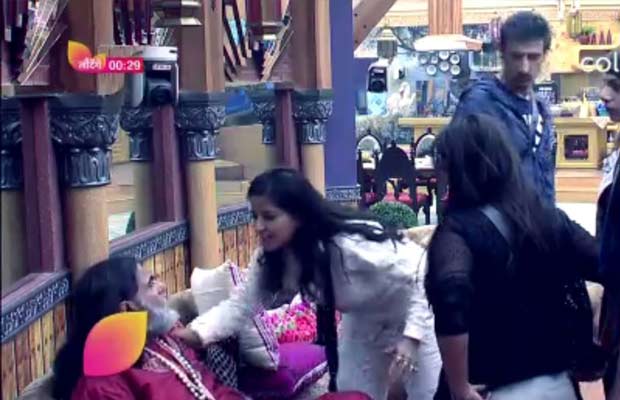 In tomorrow’s episode, you will witness a physical fight between Om Swami and Monalisa. That’s not all; Manu Punjabi too raises his hand to hit Om Swami. It all started after Om Swami inappropriately touched Monalisa, as she claims. Mona was also heard saying that “Buddha” Om Swami touch her and dare if he does that again.

Well, now only tomorrow’s episode can unfold the real scenario and that for what Monalisa accuses Om Swami. It’s going to be intense, literally!