During his stay inside the house, Bigg Boss 10 winner Manveer Gurjar was seen in a close friendship with co-contestant Nitibha Kaul. The duo was seen spending much time together and there seemed to be a spark of love between them. In fact, fans ever started addressing Nitibha as “Bhabhi”. However, after the show, Manveer landed into a controversy. His secret marriage video and pictures had gone viral, which had left his fans badly upset.

After much was written and said, Manveer officially revealed that he was married but separated after 6 months of their marriage. His father even went on to reveal that Manveer has a daughter from the same marriage and is currently staying with them. Well, amid all the controversies, Nitibha seemed to be on Manveer’s side. Nothing affected their friendship and were also spotted partying at a nightclub recently. The two met each other at a club in Delhi and soon pictures of them splashed up on social media.

Amid everything, the latest buzz is that Manveer might get married to Nitibha. According to a report in Spotboye.com, Manveer and Gurjar are officially planning to come out in the open about their relationship. The report claims that Manveer and Nitibha have grown really close after the show and they might decide to take a step ahead in their life.
In the past, Manveer’s sister-in-law said that they don’t need a girl like Nitibha as Manveer’s wife. She said, “She should be homely, simple, and somebody whose thoughts match with Manveer, and who respects the elders in the house. We definitely don’t want someone like Nitibha. There is nothing homely about her.”

Well, it remains to see if this happens and until let’s wait for Manveer Gurjar and Nitibha Kaul to open up on this rumour. Meanwhile take a look at the pictures and decide yourself! 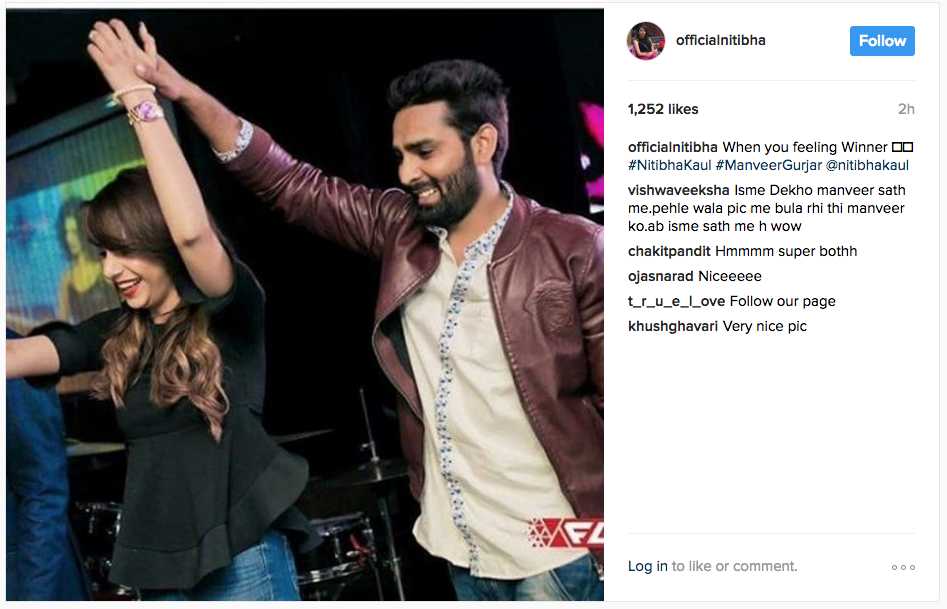 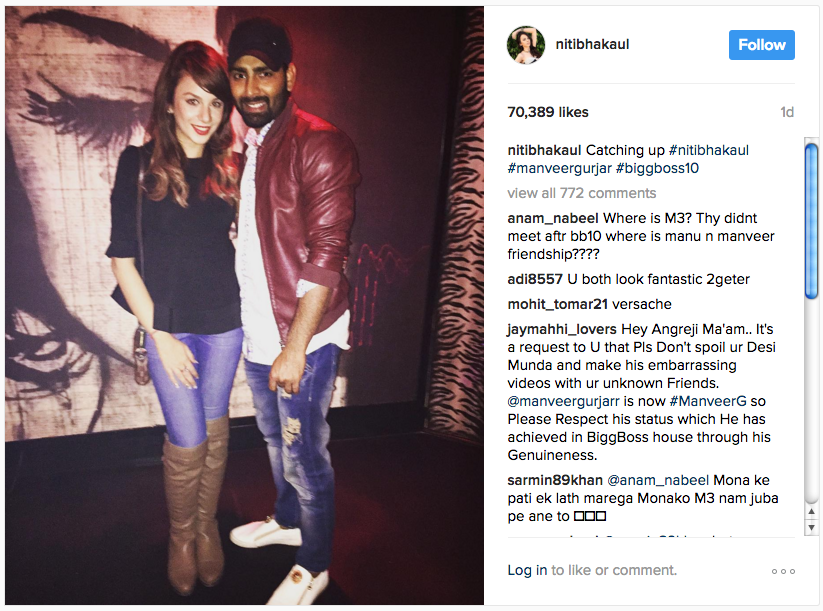 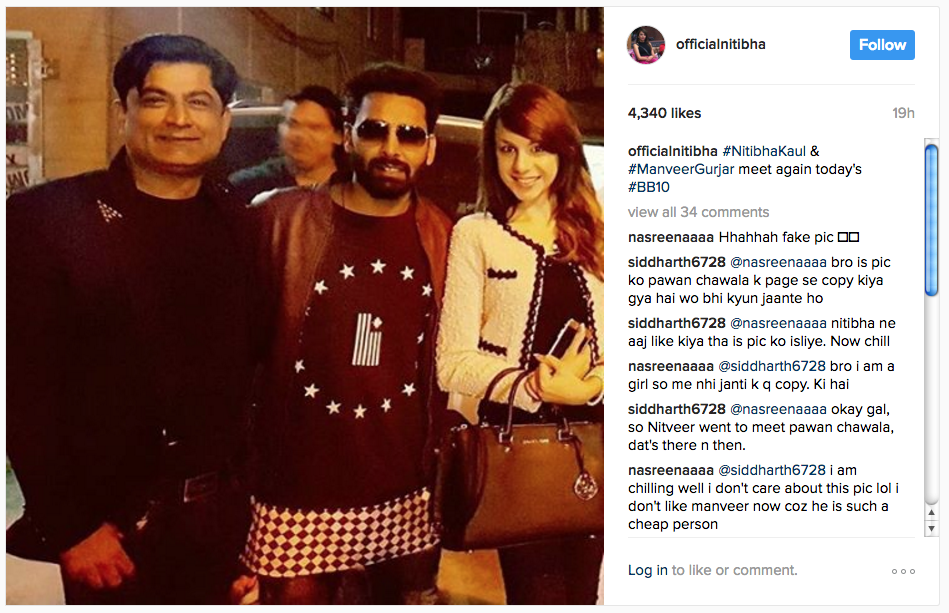 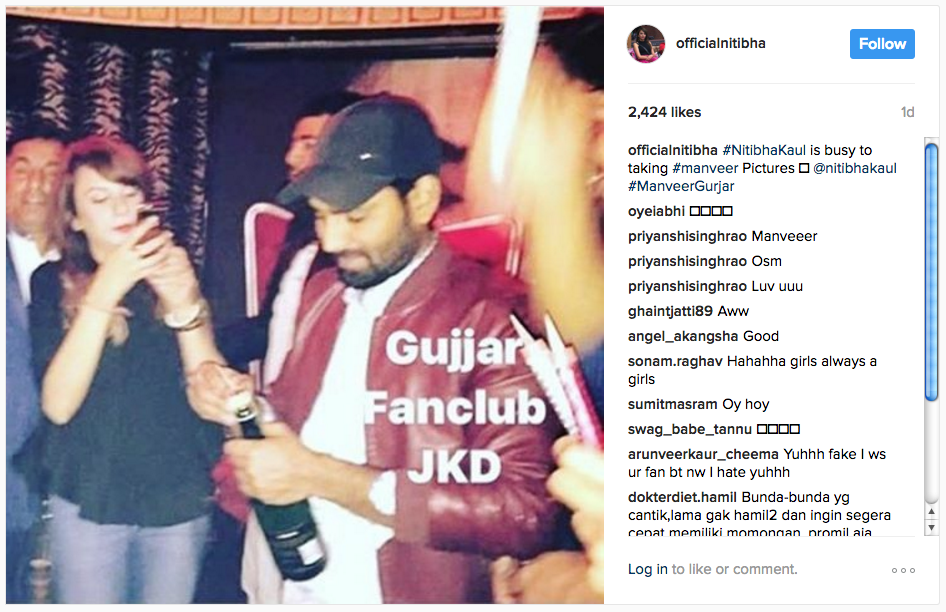