Bigg Boss 10 contestants Rohan Mehra and Lopamudra Raut have given some strong friendship goals with their friendship in the house. The duo had always stood for each other during their journey inside the house despite numerous ugly fights between them. In fact, Rohan shared a cordial relationship with most of the contestants. Rohan Mehra had participated on the show to go a long way in the game but unfortunately, he could only make it till top 5 while his bestie Lopamudra Raut reached to top 3 in the game. However, nothing affected their friendship.

After Rohan Mehra was evicted in the last week of the show, he continued supporting Lopamudra Raut from outside and asked his fans to vote for her. Of course, she had become an integral part of his journey. Many times, Rohan and Lopa’s on and off fights and disputes made people question their friendship but nothing bothered them. Many even started calling Rohan as a puppy after he started making decisions only according to Lopamudra Raut. But did that stop then from becoming good friends?

Well, now that the show is over, all the contestants are back to their real world. While some are still bonding with each other and celebrating, others are back home, spending time with their family. Like Rohan and Lopamudra Raut are back home but nothing is stopping them from being the same good friends as they were inside the house. The duo interacted with each other through a video call. Rohan also shared a screenshot from their video call chat and captioned it as “A good friend knows all your best stories , A best friend has lived them with you … That’s the difference” 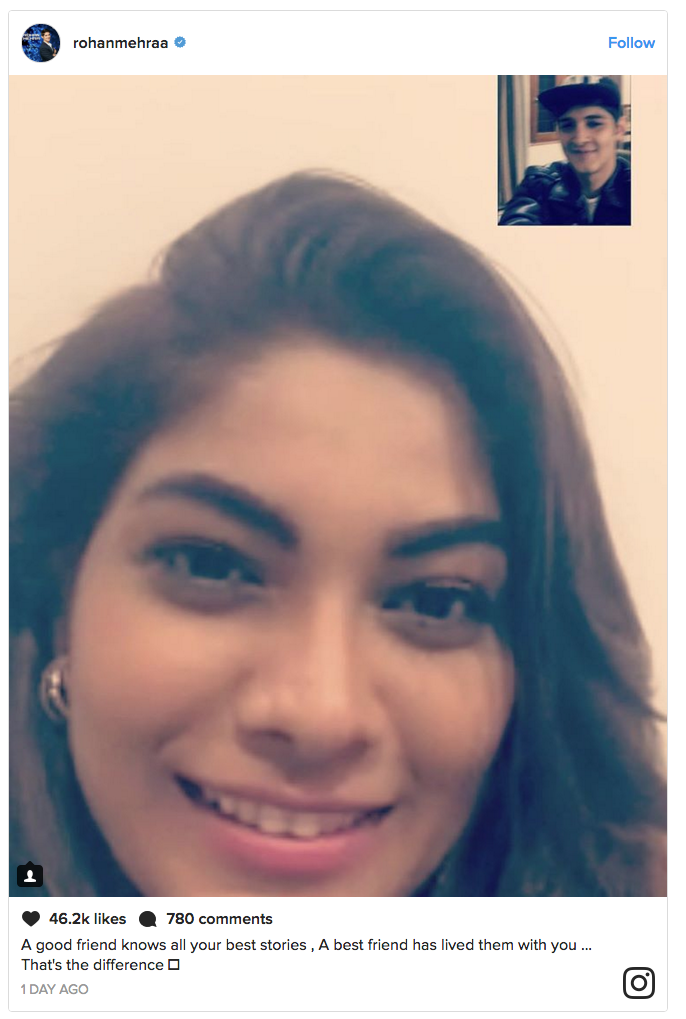 How cool is that!

Also Watch: You Will Be SHOCKED To See Inside Bigg Boss 10 Contestant Lopamudra Raut’s House!