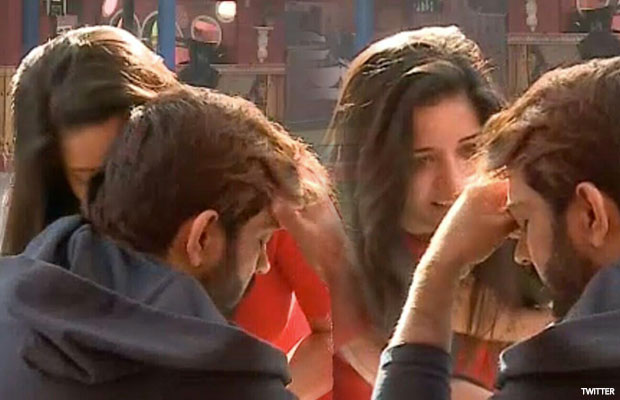 Bigg Boss 10 house is not only known for controversies but is also known for the lovey-dovey love stories that have been written on the walls of Bigg Boss house since seasons. It seems, this season of Bigg Boss has found its first couple. The growing closeness between Manu Punjabi and Monalisa has grabbed all the limelight in last few days. In fact, Monalisa is seen spending more time with Manu, than her celebrity teammates. From spending time in the lawn to flirting with each other, Mona and Manu are grabbing all the limelight over their proximity.

Well, to people who don’t know, Manu is already engaged while Monalisa is in 8 years of live in relationship. In fact, in the recent episode of Bigg Boss, Manu had confessed to Monalisa that he is already engaged. When Monalisa asked him what her fiancé would think of him flirting with her. Manu had a very frank answer saying that if not her (Monalisa) then he can flirt with anyone in the house to be in the game. Now that’s surprising!

The two have already shared about their personal life to each other. We wonder, if getting close is their strategy to stay strong in the game.