While Bigg Boss 10 winner Manveer Gurjar is hogging all the limelight for all the wrong reasons for hiding his marriage, we got hold of some happy pictures of two Bigg Boss 10 contestants Manu Punjabi and Nitibha Kaul from their meet in Delhi. Yes, Manveer’s two close friends Manu and Nitibha met each other in Delhi last night. From posing with each other for happy pictures to going live on the dark streets of Delhi, Manu and Nitibha surely had a good time meeting each other and also along with much gossips that we might not know.

We all know that Manveer is hospitalized due to food poisoning. His bestie Manu Punjabi came to Delhi and didn’t even visit him. Not just him, But Nitibha too who is in Delhi only, has not yet visited Manveer. But she met Manu Punjabi and both partied till and had drinks.

Nitibha Kaul shared a photo of her posing with Manu Punjabi and captioned it as, “So nice to catch up with you.” 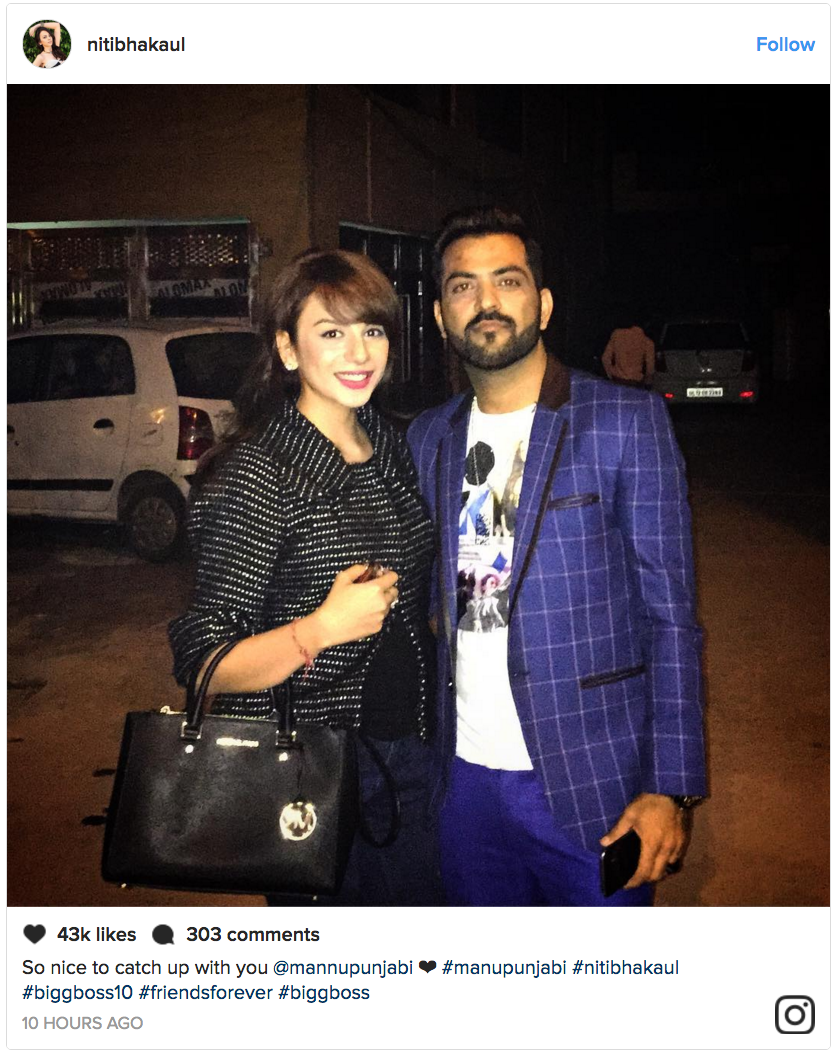 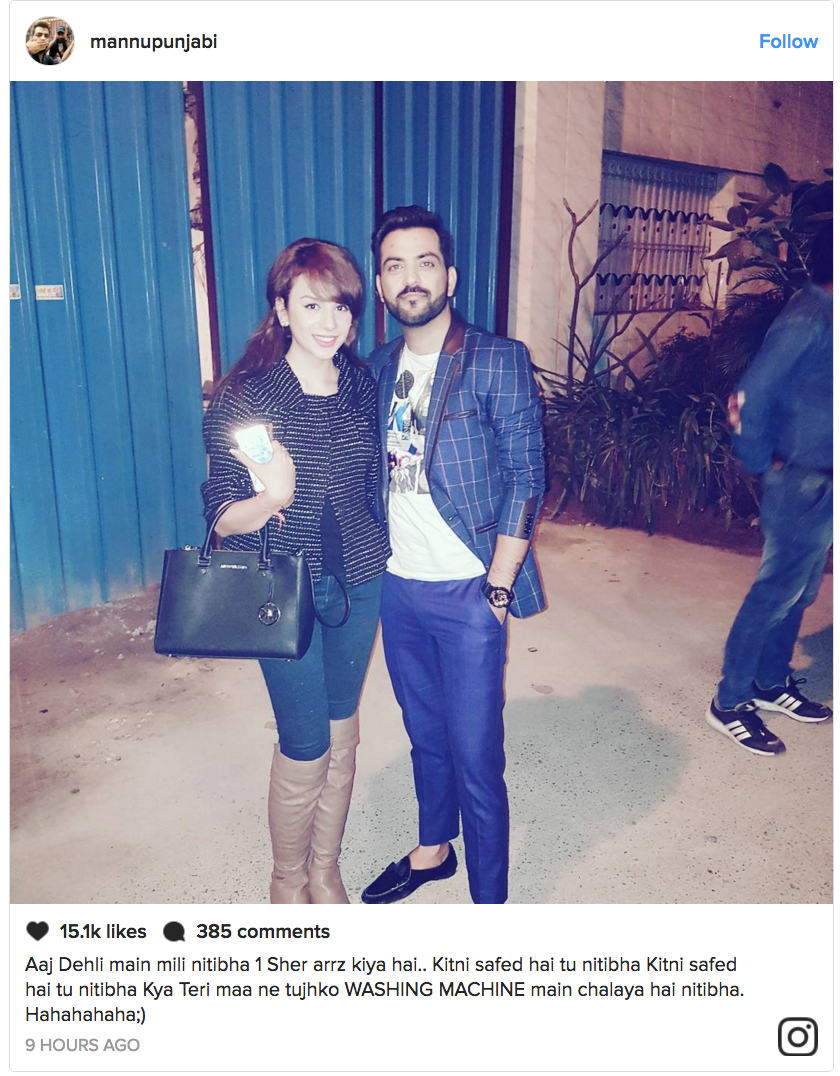 Also, watch the video of Nitibha Kaul and Manu interacting live with their fans while their meet in Delhi. Going by their pictures, it seems the duo had a good time together.

Seems Manu and Nitibha didn’t realise. Manveer Gurjar fans lashed out at the duo for not being with the Bigg Boss 10 winner in his hard times.

Check out these comments.

siddharth6728@nitibhakaul@manupunjabi.entertainer You both ditched him, havn’t stood for him in his real life hard tyms @manveergurjarr… BB 10 vl be remembered only for Manveer. Manu shudn’t hv got 10 lac, iz wz jus becz of Manveer, he became finalist. It’s hard time for Manveer, n u ppl left him, hw pathetic is this. In BB, he wz so genuine wd u ppl. Now I feel u all hav shown ur true colors. Only tym vl tell, hw much fake u are.

calmnagendrawhatever manveer did he is dealing with it but as a fellow contestants nithiba and manu should have gone to hospital to see but both are enjoying in party..so called mean friends
moshai111The real winner manu panjabi..

kurvepintuManveer helps manu by shaving his beard in friendship, winning bunjy task and due to that manu qualifies otherwise ROHAN was well deserving.
kurvepintuHe helps nitibha n no of times. Also he never tries to flirt with her .But they even not care to meet him in hospital when he expect them more.

rohitsingh6200manu is cungal khor aunty
kurvepintuThey both were in Delhi celebrating there friendship forever drink. See even though manveer is wrong or right , they both should have met him in his hard time. But koi nhi ek din sabka bura time bhi aata hai.