Its known to all that how Bigg Boss 10 contestant Om Swami had created another ruckus with his nasty strategy to sabotage Rohan Mehra‘s game. During the last leg of the captaincy task between Manveer and Rohan, Om Swami tried to ruin Rohan’s game, which irked other contestants. Despite giving repeated warnings, Om swami continued with his nasty behavior.  When things got out of hands and in a fit of anger, Rohan headed to push Om Swami. After Rohan pushed Om Swami, Bigg Boss as a punishment nominated him for the entire season.

Well, later Om Swami did a huge drama that he is not able to hear from his left ear and so, soon doctors were called inside the house. A doctor came inside the confession room to check Om swami and shockingly, the doctor was seen checking right ear of him. But why when Om Swami was showing left ear damaged to the cameras before doctors were called in? A lie of Om Swami exposed? The above picture makes it pretty clear that Om Swami was doing a drama of getting hurt due to Rohan Mehra. This man is insane and intolerable! 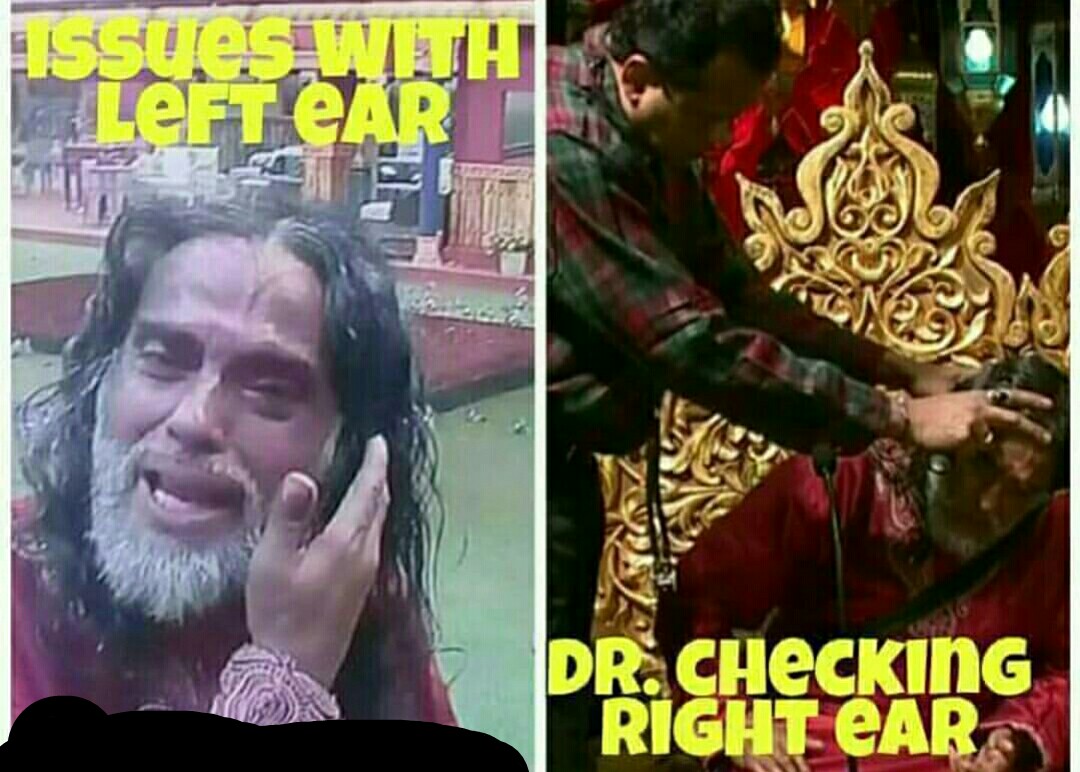 What do you think about the same? Share your views in the comments section below.