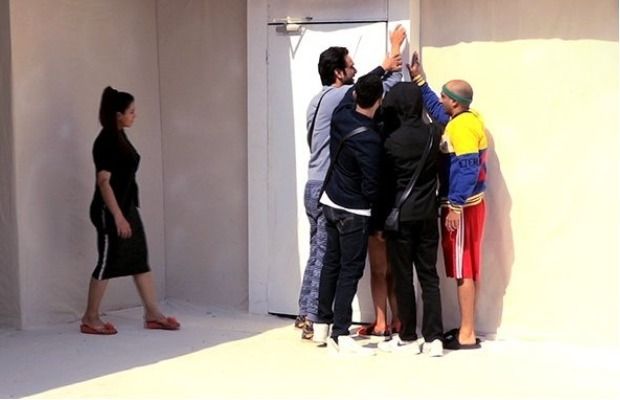 Friends turn foes, Luv and Hina Khan get into a massive fight in Bigg Boss 11 house.

As we saw in the latest episode of Bigg Boss 11, the contestants are doing their best to win the ticket to finale. ‘Ticket to Finale’ task is the most crucial part of the game as it will take two contestants straight t the finale.

Tonight, we will see housemates gearing up for the second day of the task. They will be seen coming up with new strategies as its time for them to play their game individual. Not just that, the task will witness a major fight between Luv Tyagi and Hina Khan.

Yes, 13 weeks friendship will take a U-turn, courtesy ticket to finale task. The makers have released the promo that sees Hina emptying Puneesh Sharma’s back which has been carried by Luv.

Luv gets furious as he wanted to save Puneesh in order to get his back saved. This creates an argument between Hina and Luv Tyagi. Hina even goes on to call Luv a ‘loser’ and ‘darpok’.

Meanwhile, Shilpa Shinde, Hina Khan, Luv Tyagi, and Vikas Gupta are nominated for this week’s eviction. However, the biggest twist is that voting lines for the week are closed. The makers are surely coming with some huge twist in the game.