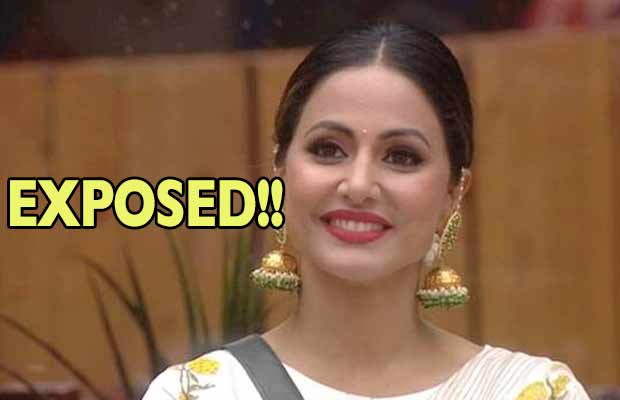 Hina Khan has been wearing sponsored designer clothes inside the Bigg Boss 11 house!

It was a  few days back when Hina Khan’s co-star, Rohan Mehra from the daily soap Yeh Rishta Kya Kehlata Hai had entered the Bigg Boss 11 house for a while. He had told the actress that people outside are calling her a style icon.

But now the renowned designer Neerusha Nikhat has revealed the secret behind the actress’ designer clothes. She tweeted a screenshot of Hina’s stylist, Hemlata Periwal where she is asking her for sponsoring the actress’ clothes.

And now in an interview with Telly Chakkar, she has revealed why she didn’t sponsor Hina’s clothes. She said, “The reason I said no to the proposition was because I knew Hina when she was doing a show (Yeh Rishta) for Rajan Shahi. I know the whole story on how she exited from the show. Even though I’ve worked for a small time, I’ve worked with this woman. I know her, I know her intentions and I never liked her. So when I was offered to sponsor her in Bigg Boss for minimum 60 days, I denied.”

She also added on saying, “When Rohan said that she (Hina) is the style icon, I was like sorry no! She is wearing clothes that are not even suiting her. My whole message was to Hina. Madam at least wear clothes that fit your body. Your height is 5’4’ and you are wearing long gowns that are floor sweeping. Everything she is wearing is too much of an overdue. I’m a renowned stylist that is the reason I can comment on it.”

Meanwhile on the show, Hina Khan is the only contestant safe this week. Read here: https://businessofcinema.com/editors-picks/bigg-boss-11-hina-khan-safe-from-nominations-akash-dadlani-tortures-housemates-watch-video/420820